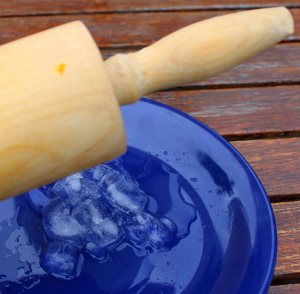 Introductions take many shapes and forms.  The cheesy pickup line, the intricate cultural formalities of business meetings, meet and greets, speed dating and daily encounters of strangers in our personal lives are all examples of someone breaking the ice in an attempt to get to know another person/s.

Those of you who’ve attended meetings, courses, seminars, lectures, conferences and any other number of information sharing meetings will have come across the ice breaker.  A strategy designed to introduce a group of people to each other on their initial meeting.  The format could be a silly game, answering a question, matching photos of children to the delegates or a mixer which entails circulating the group and talking to each person for a couple of minutes.  The list is endless.  Most people dread them as they’re guaranteed to make one squirm with embarrassment, short-circuit the brain nodes thus creating a void empty of ideas and cause the body to break out into a cold sweat and panic about what to say.

Of course you may get some glib smart-arse such as the guy who when asked to tell two truths and one lie  (we were supposed to identify the lie) , gave one of his answers  as

‘ I had a twin brother and he died at birth’.

Being a bunch of social workers we immediately decided that this was true (after all who could possibly lie about something like that?) and…. it  wasn’t.   We were embarrassed for him and felt a little manipulated whilst  he was happy that he had fooled us.  In this case the ice breaker froze the room.

Uncontrollable adverse reactions to traditional ice breakers tend to defeat the whole concept as mind trys to formulate a clever, witty and interesting reply and blocks out anything that is said in the room before one’s turn.   As does the overriding fear that what one has said is crass, boring and stupid and blocks out the answers of the people who come after.   If this is the case for the majority of the group, then no one in the room has listened to a word that anyone else has uttered thus rendering the whole exercise completely pointless.

However with the advent of social media such as facebook, twitter and wordpress one can break the ice with ease.  Comments sections on sites make it easy to engage/debate/share information without the conventional ice breaker games.   Bloggers ,in the main, are interested in your point of view, want to hear from you and often invite readers to leave a comment and share their knowledge.  And because there is time- ergo no pressure –  to formulate a reply, it is easier to write out an articulate opinion/idea/witty response/question  that others will be happy to respond to.   I find this way of breaking the ice stress freel and my answers are far more coherant and less crass than words I string together under the public gaze. There is a downside of social media comments section.  Unfortunately there are a small minority of people who will mis-represent themselves, make impolite comments, or just be plain rude (we all know about cyber bullying).  This may be due to the often anonymous nature of users names that allows social etiquette to be thrown out of the window.  Thankfully, this kind of abuse of the system seems to be very rare with wordpress – at least in my experience.

Overall I feel that the use of the comments section as an ice breaker has many more positives than negatives and I really like this method of communication.

What do you think?  Have you had a different experience?  Has it been positive? Have you been the victim of cyber bullying or abuse?  What is your experience of the ‘comments’ section on wordpress?