It was the evening of 20th August 2013, when the mundane turned into the spectacular.   As I said in my previous post, some days are like a firework display, nothing much happens for a while then it all kicks off and on this particular day the show started around 6.50pm.

Many years ago I read John Le’Carre’s novel  “The Little Drummer Girl”.    Joseph (spy recruiter extraordinaire) wooed unsuspecting  Charlie (Charmaine) before revealing his true purpose.   Part of the plan involved taking her up to the Acropolis to watch the sunset (or was it sunrise?) over Athens.  She falls in love with him and the romanticism of the gesture and so did I.  Le Care’s description was poignant and evocative and left me with a strong desire to see the sun sinking behind Doric pillars whilst overlooking the vista of Athens city spread below.    Yet despite passing through Athens on a number of occasions on the way to Samos and visiting friends who live there, I have never had enough time to fulfil this wish.  So after leaving Samos, I decided that it was time to stay over for a couple of days and take in the sights.   Having checked the times on the net I found that the Acropolis section closed at 4.30pm, no sunset for me and unfortunately, no Joseph to bribe the guards and sneak me in the back way.

After we had checked in the hotel and caught up on some sleep we decided to head into town and sink a cold Guinness.    After washing down a bucket of prawns sautéed in garlic and served with a side of tasty lemon and chilli mayonnaise we headed up towards the Parthenon and new Acropolis museum to get our bearings for the next day’s expedition.    Passing Pan’s Cave, a natural spring, ruined temples, an amphitheatre and an open air cinema showing “The Lone Ranger” along the way we eventually made it to the entrance to the Acropolis.   It was 6.50pm, people were still buying entrance tickets, the sun was sinking casting a warm pink glow over the city and that’s when my day suddenly lit up.

“What time do you close?” I asked, heart thumping and eyes burning with hope

“7.45pm, but by the time everyone is out it’s normally 8.00pm” the ticket seller replied.  She then confirmed what I had just calculated in my head “You have plenty of time to see everything”

I mentally hugged myself in delight “I’m going to see the sunset” I told her.   She smiled an affirmative in response to my obvious joy and handed me a ticket.

It was everything that I had imagined and more breathtaking, stunning, awe inspiring and here is the evidence:- 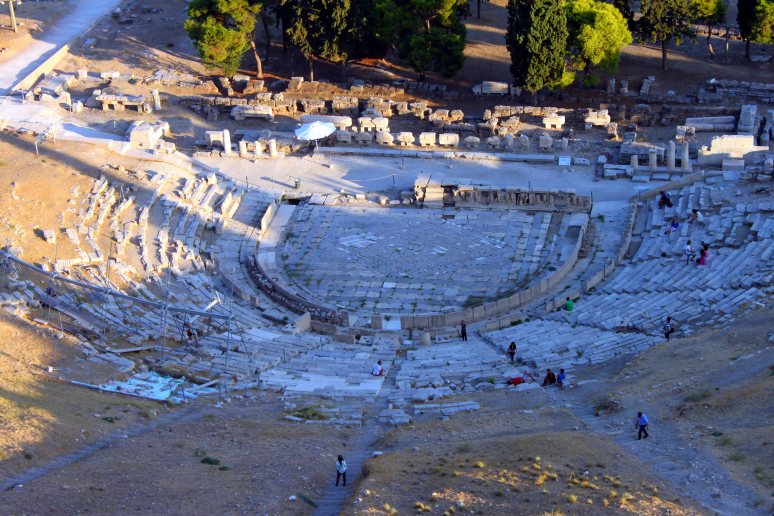 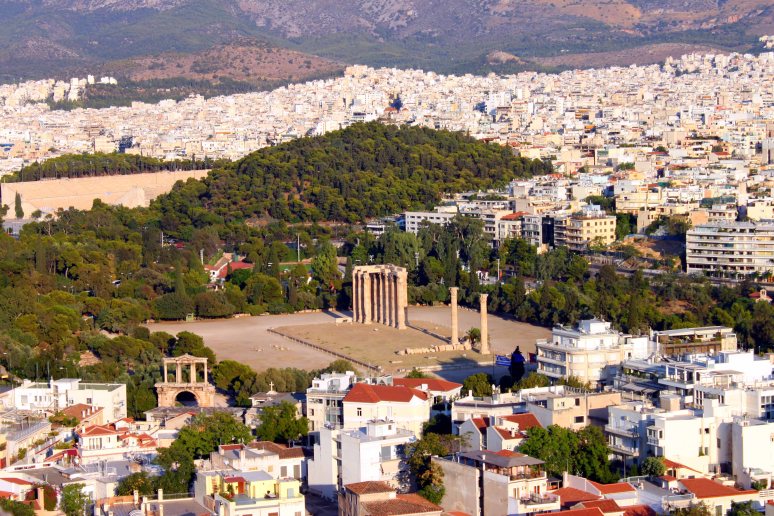 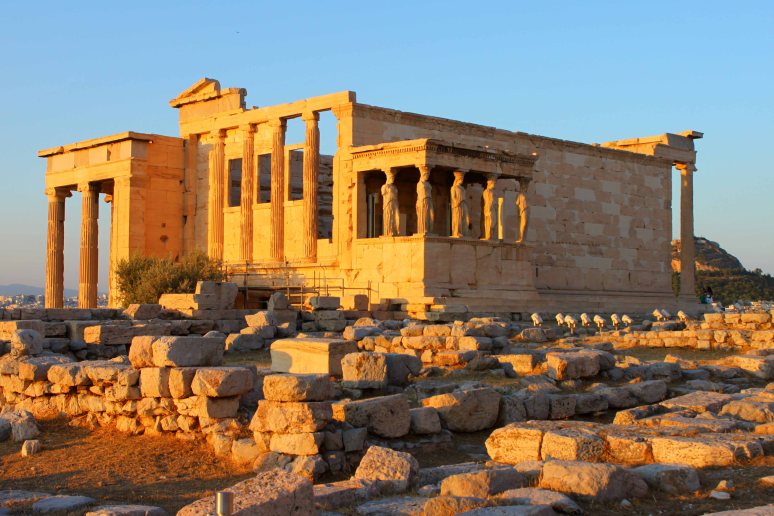 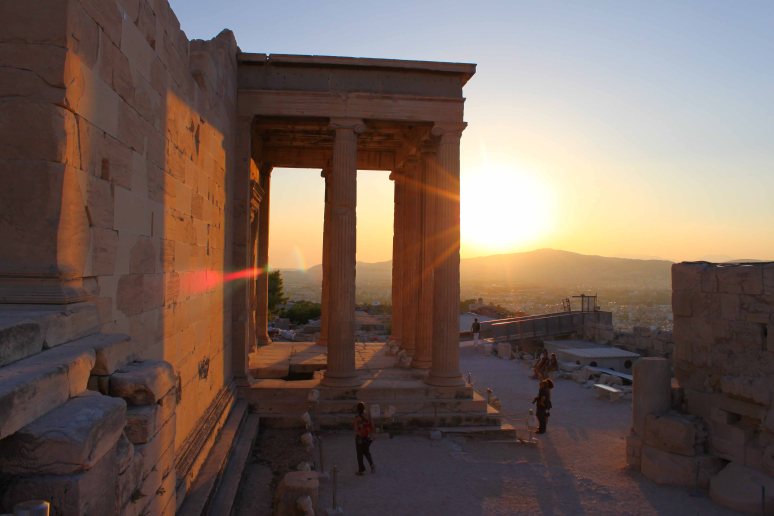 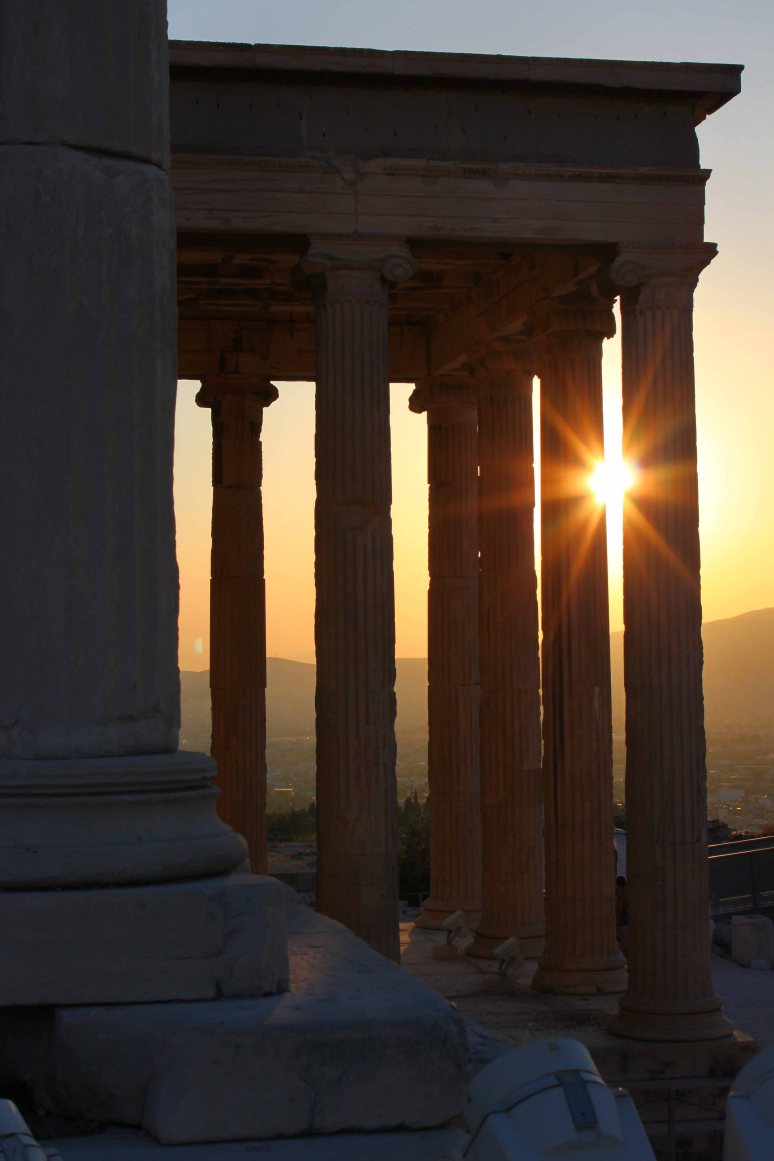 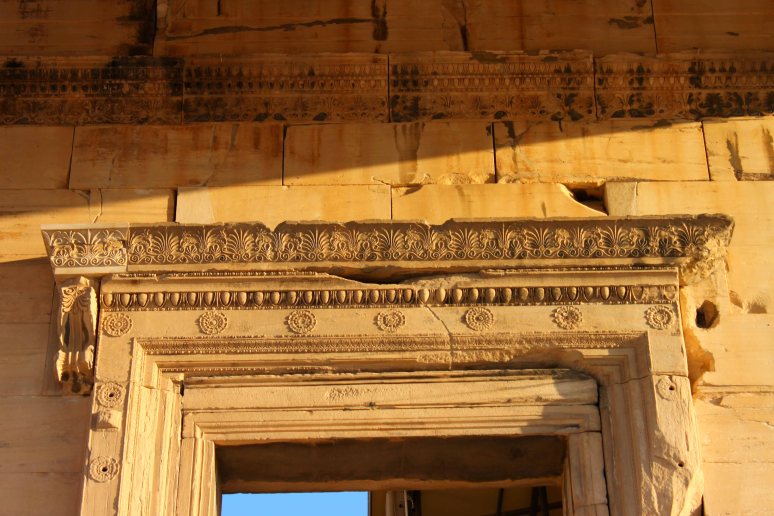 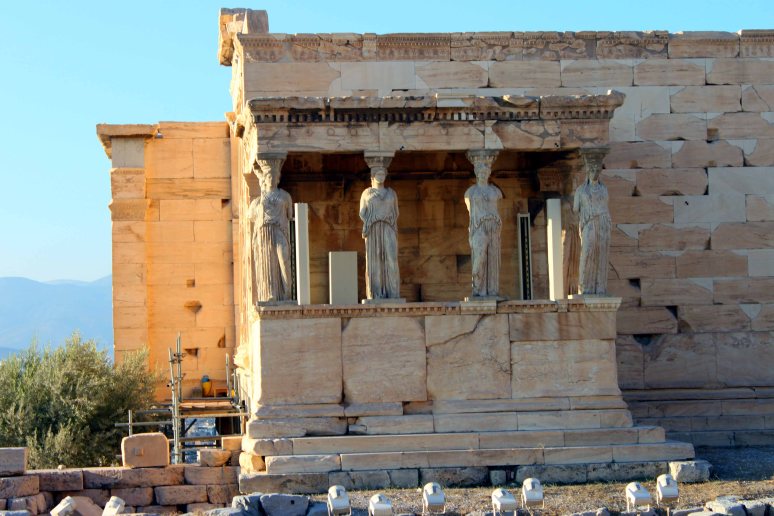 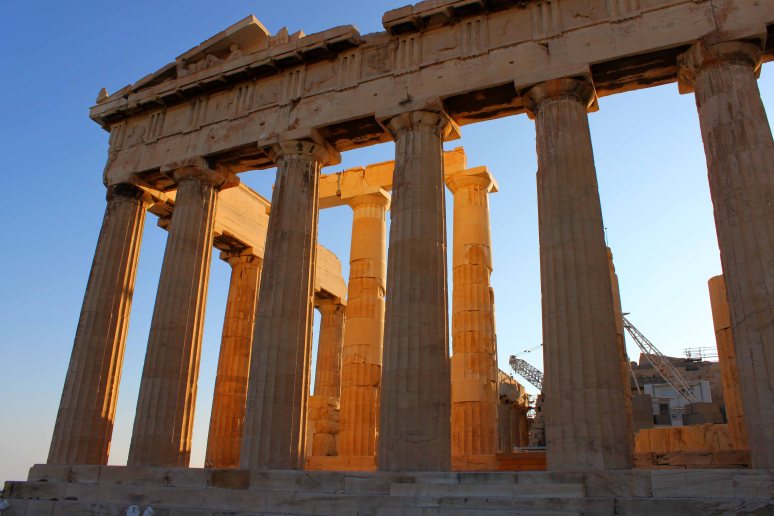 Later we climbed down to the hill just below the site for the sun’s swan song then wandered back to the main walking road at the base of the acropolis.   Just as we arrived the full moon started to ascend behind the distant hills. Boom – another firework explosion resounded in my head. 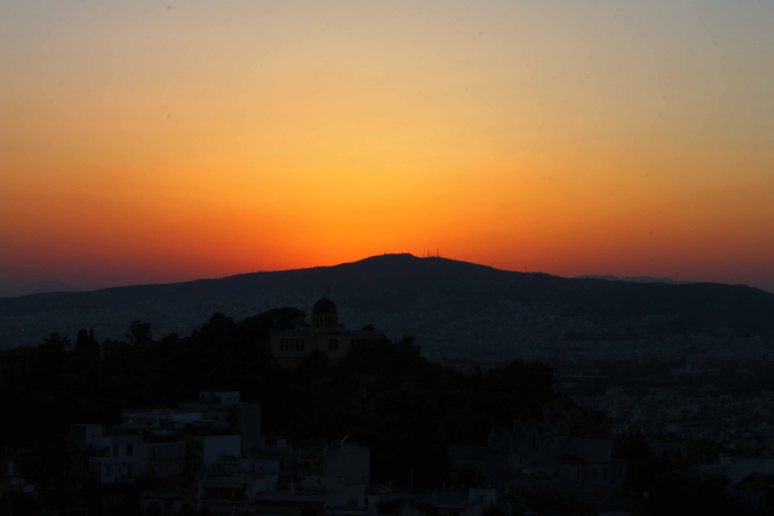 The day’s finale came when we sat down at the open air cinema to watch the Lone Ranger (awful) and as night deepened to a dark inky blue, the stars came out and the Acropolis lit up.  It was a truly awesome day.