The House with the Pink Shutters. Paleoti the Street Dog. 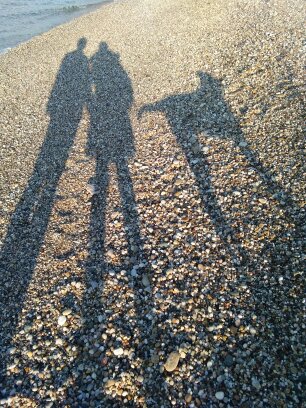 Let me take you back to May 2017 when this young juvenile dog turned up in the village with his little protector. 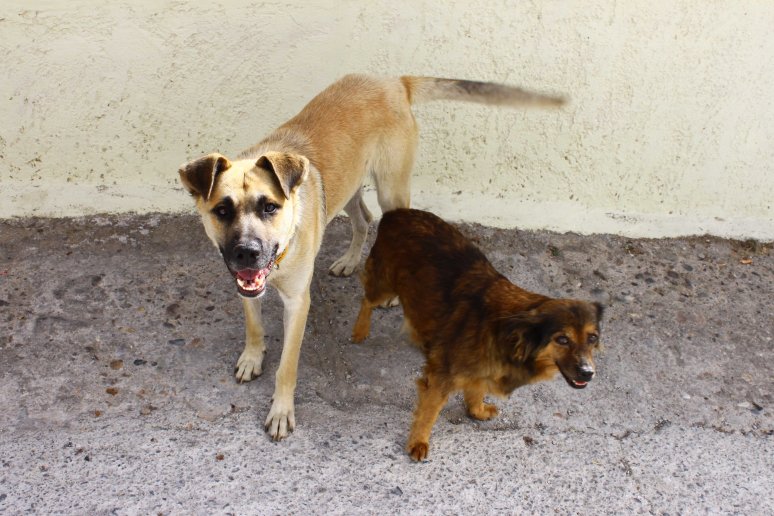 It took a while to realise that the dogs had been abandoned and  had made their way to our village.  During May Athenians begin to arrive for their holidays , the weather is perfect building work, gardens are being tended and tourists are out walking. As many owned dogs are just left to wander the  streets and fed outside sometimes it is hard to pick out the strays (as detailed in an earlier blog)  .

One consistent  story that we were told was that the dog’s owner had left the island and gone to Athens making no provision for him .  Anyway when the dog got sick from a bite we fed him, organised a vet to visit, medicated him and nursed him back to health.  During that time we fell for his clownish, gentle good nature, constantly wagging tail and fixed grin – despite the pain he was in .

We found a shelter to take him on when we left the island to return to Australia,  assuring the volunteers that we would pick him up when we returned the following year.  Mitch arrived ahead of me in 2018 , travelling with a number of  dog related items in his luggage in order to start the process working on his training and health.

One evening whilst drinking in a friends bar,  a man started to make a fuss of  the dog and taking pictures  to send to his girlfriend.  “This used to be my dog” he boasted.  Why did you leave him on the streets?  he was asked by a bunch of very irate friends of ours and Mitch  “I had to go to Athens suddenly” he replied with no shame .   I’m not sure what followed but I understand he was told in no uncertain terms what an arsehole he was.

Now there are large fines for the abusive behaviour towards dogs.   Luckily for him I was not there otherwise he would have been reported.    Mitch just asked him if he wanted him back – sarcastically I was assured  later.   “What if he had said yes”  I asked.  “Apart from the fact that the dog was mistreated with him what about the  large sum of money and time we have spent ” . I was assured that the comment had been a joke – from a distance  though it didn’t seem that funny.