On The Subject of Penguins. Chapter 10.

Bruny island has a Penguin Rookery.   Apparently it is very similar to how Phillip Island used to be in the ‘good old days’ before tourism took over and things had to change due to the large numbers of visitors disturbing the nesting grounds.

Now in all the time I have travelled I have never had much success at spotting two types of animals in the wild – dolphins (yes I know) and penguins.  The thing about penguins is that they tend to emerge after dusk and not having an infrared camera and not being able to use a flashlight (blinds them apparently) it is very difficult (unless there is an obliging full moon)  to see them.

We arrived early to get a good spot and for the next 1 – 2 hours stared at an empty beach. 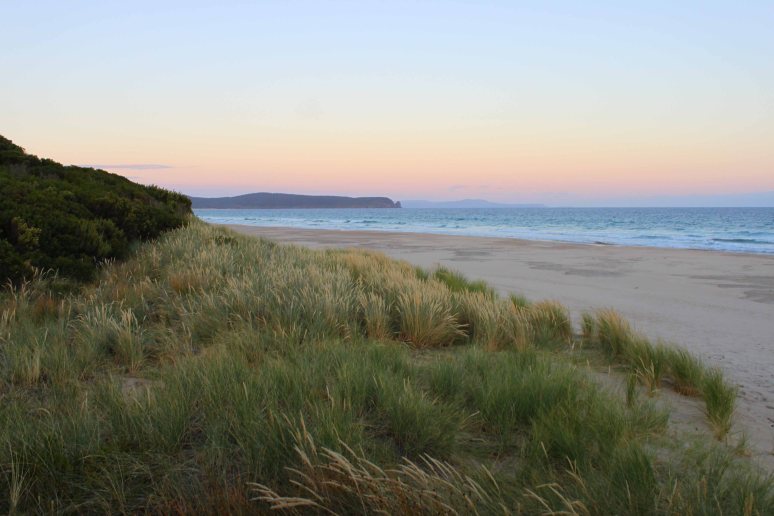 I did not see one penguin emerge from the waves. I saw the sunset, I saw thousands of turns/swifts come out of their nests and fill the indigo sky with swirling and swooping black patterns, I saw the milky way, but not one penguin.

About to give up and go back for a cup of tea, the sound of penguins calling each other started up and gained in volume as the night deepened.   We were surrounded,  there were hundreds and hundreds of them but by then it was pitch black and not even a flash of a beak was on offer.

There are many places in Tasmania that claim to have penguins there is even a town called Penguin. 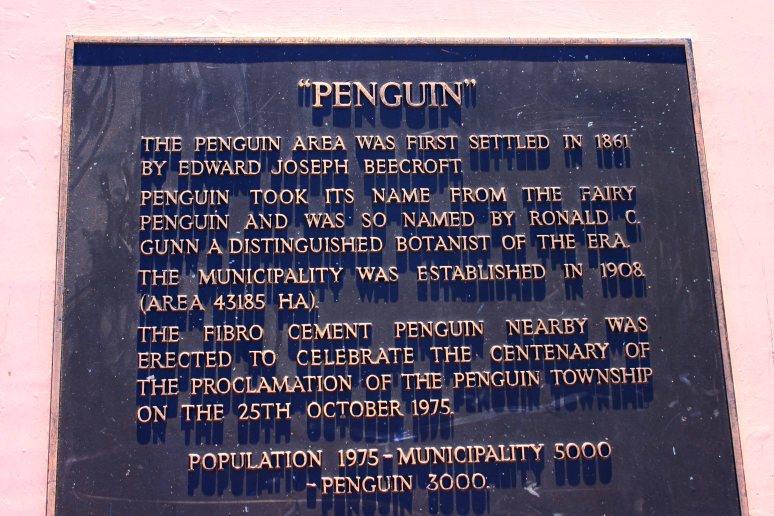 but in all the time I was in Tasmania I never laid eyes on one single little critter.   I know they exist because Tasmanian penguins have a good social system and are a little more advanced than their peers in other parts of the world.

They have meals on wheels and a senior citizens club for their ageing population.

Their younger generation is hip 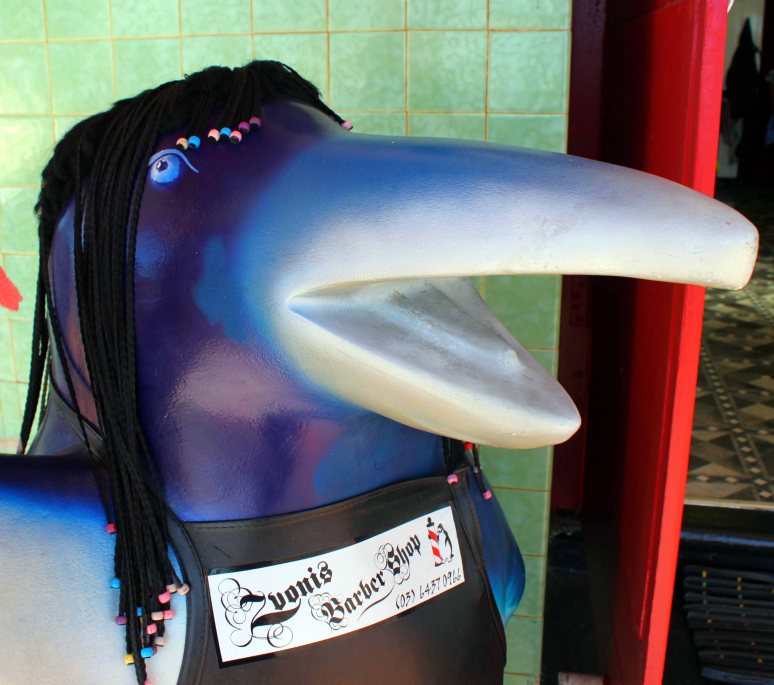 They are concerned about the environment

and they run business’s

But the best thing about Penguins is that they have a sense of humour and I should know because at the end of the holiday after searching high and low, sitting out on windy nights eyes straining into the darkness and still not seeing one single fairy/blue/little penguin in its natural environment, we docked back in Melbourne were waiting on the deck to be called down to the car, camera packed up,  when I happened to look down into the water and there was a Penguin!