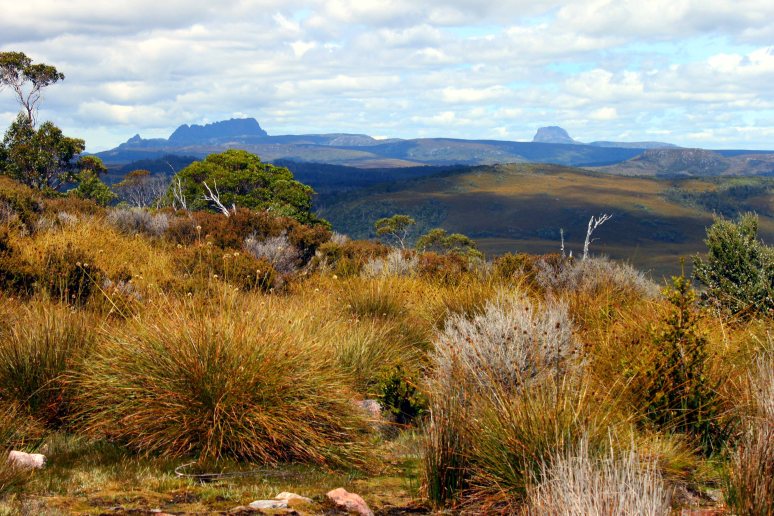 It was time to head off to the Great Western Tiers and visit Tasmania’s renowned UNESCO world heritage site Cradle Mountain and Lake St Clair National Park.  According to the tourist blurb, here wombats abound and Platypus can be seen playing in the streams and lakes early morning and late evening.  The area has been called a walker’s mecca as there are many spectacular short walks, day walks and the 80 km walk from cradle mountain to Lake St Clair known as the Overland Track.

We arrived at Lake St Clair in time to pitch the tent, have something to eat and head out to platypus bay to animal watch as the sun set.  I said I saw a brown furry animal emerged from the water and dive back in again – the book said many people mistake trout for platypus –  well it was a damm big trout if that was the case but since it happened all too quick for a photograph we will never know. 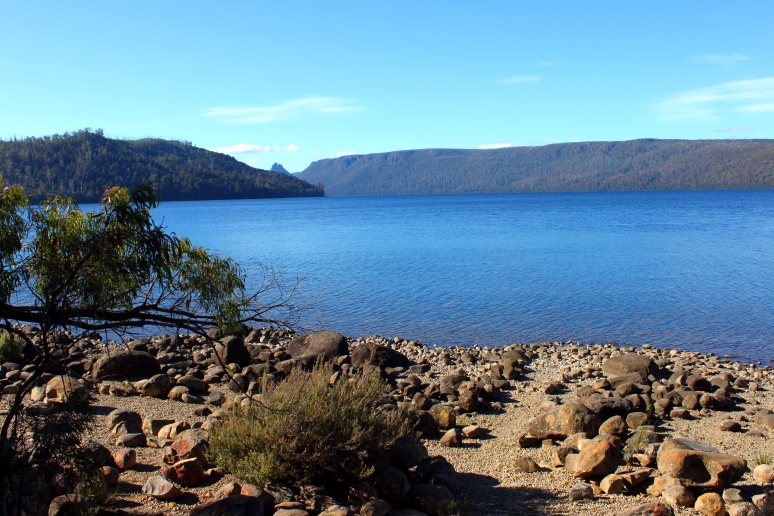 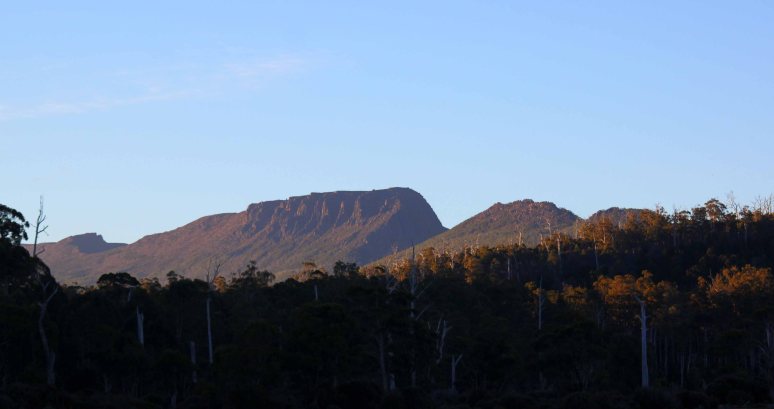 Back at camp the trees started to rustle and dark shapes made their way down the trunks.  The Possum gangs were stirring and out for trouble.   As I cleared anything edible, breakable and stealable away I spotted a large bushy tail whisk around the side of the tent towards it’s  entrance.   Curses, screams and oaths from other campers indicated that the robbers were already in raid mode.  I chased the tail, rounded the tent and came face to face with a huge possum sitting in the entrace as if waiting for me to unzip it.        After a few miutes stand-off the animal decided to check our table and chairs, whilst I followed it around in an attempt at damage control.   Deciding that there was no fun to be had it dissapeared into the darkness.  Just as I thought it was safe to go to bed,  I heard this pitty pat, pitty pat, pitty pat and watched in amazment as a quoll (cute, tiny, spotted) hopped out and sat in front of me.   We had a moment – it was amazing.

The first glimpse we had of cradle mountain was from cradle mountain lookout,  worth a visit for the stunning views but also to look at the only valley in the world that has never been farmed!  Or so the information board said.   I didn’t know the difference until it was pointed out to me then the thought of untouched land since time began blew me away.

After settling into the caravan park – more expensive but worth it for the camp kitchen, swish showers, and cute little wallabies and other small hopping creatures that I can’t name that emerge after dark, we set out on the free shuttle bus that is provided and runs between the tourist centre and cradle mountain car park to get a feel for the area and plan a few walking routes for the next day.     As expected the views were spectacular and as we disemarked spectacular turned to breath-taking.  Indeed lack of oxygen became an issue very quickly but not because of the scenery but because one did not want to inhale one of thte thousands of flies or bees that besiged us as soon as we set foot on the footpath around the mountain lake.   An alien landing at that precise moment would have wondered at the strange hand gestures, waving, hat flapping and jerky movements of all the humans in sight and would be forgiven if they thought it was some kind of welcoming dance.   We decided to leave and return for sunset with the car and obligatory bottle of wine because as one woman who must have read my mind said   ” I’m over it”. 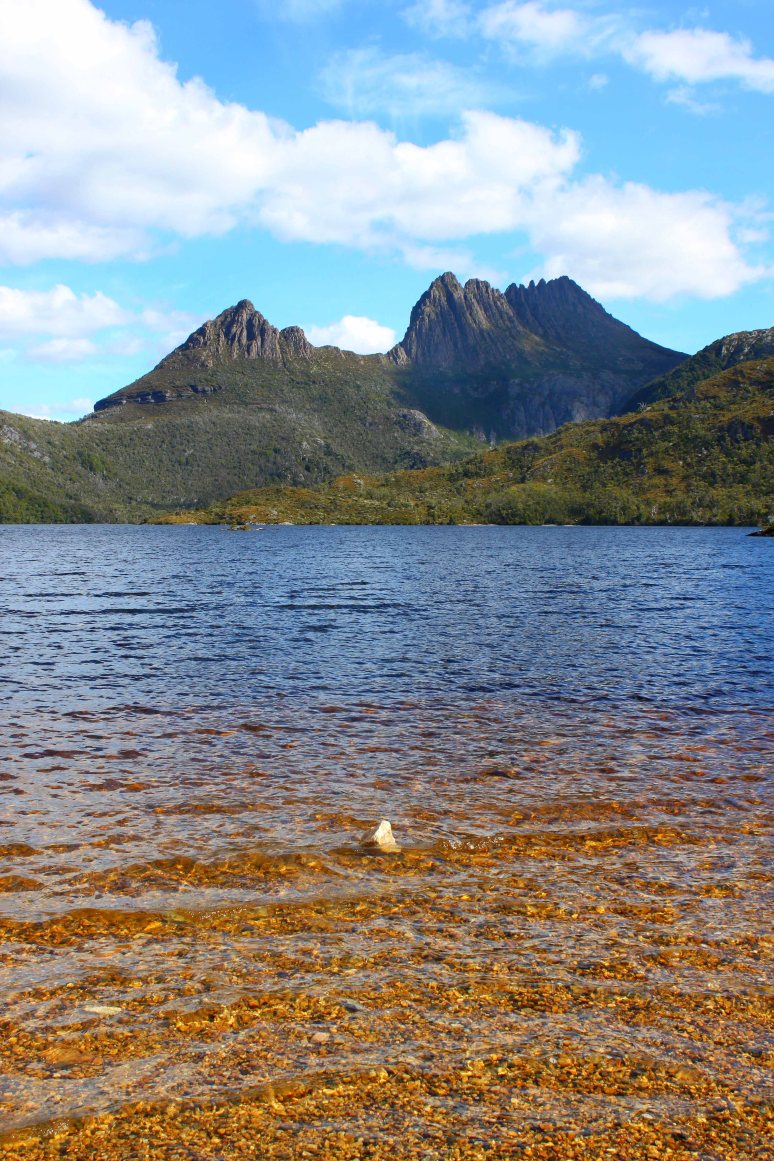 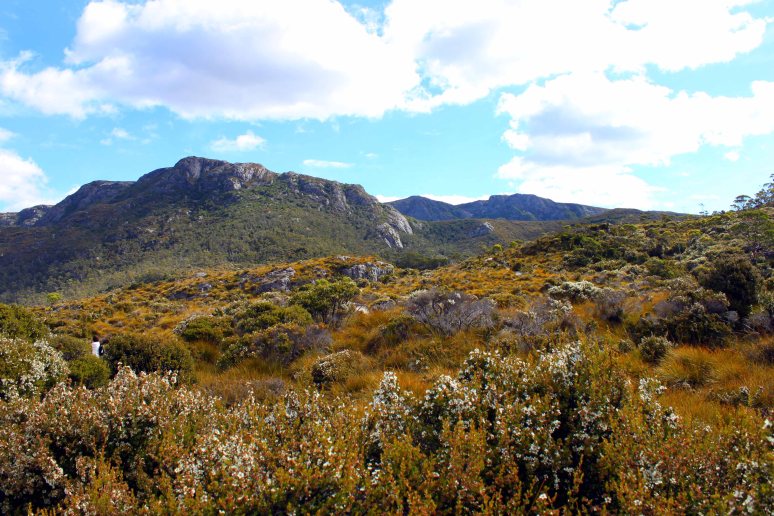 It was a good move because although once again we missed out on a ‘spectacular sunset’ due to the sun being in the wrong position at that time of year, the bees and other flying pests had gone to bed and we walked around unmolested.  I also bought some of their honey which made me feel better about the whole experience.

Next day, after being told by other hikers that they were tripping over  wombats on a particular walk we resolved to do the same hike.  First if you are considering going on this walk is that a forest fire has burnt through most of the area  and it was an uninspiring 3 hour’s looking at burnt, stripped trees.    Second there were lots of wombat droppngs, lots of wombat tracks, lots of wombat holes, but no sign of the actual animal (another penguin situation).  We saw a Tiger Snake 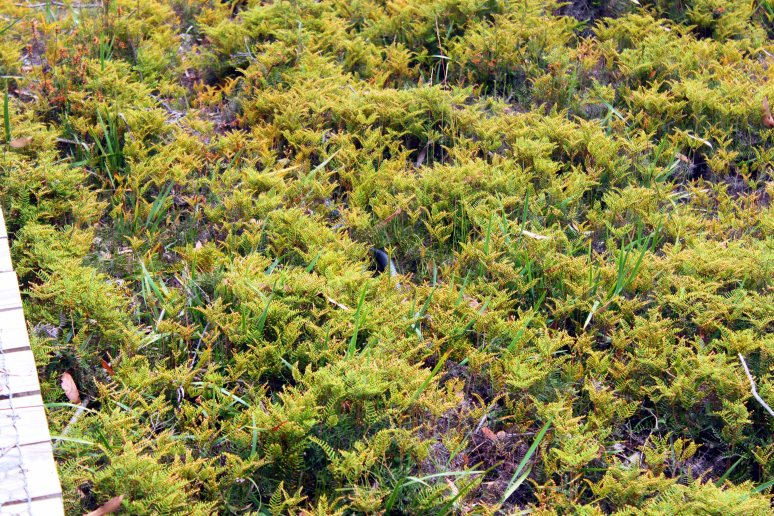 though – enlarge the picture above and you will see two snake eyes. 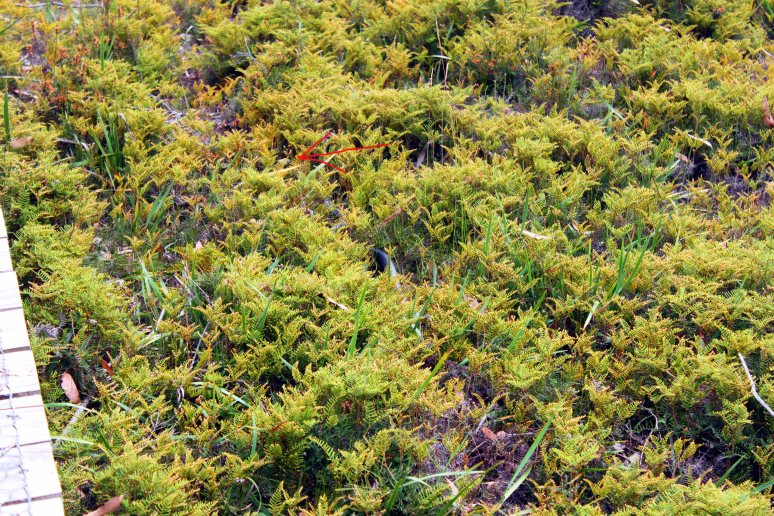 Even went we went back at night they stayed hidden – so here is a nice nice shot of the moon instead.

Arriving at the rangers station we decided to keep walking onto the campsite – another miscalculation – it added a couple of hours onto the walk so as a reward we treated ourselves to the bbqed chicken and bacon thin based pizza that the cafe at the information centre was selling – best pizza I’ve had for a long time – highly recommended. 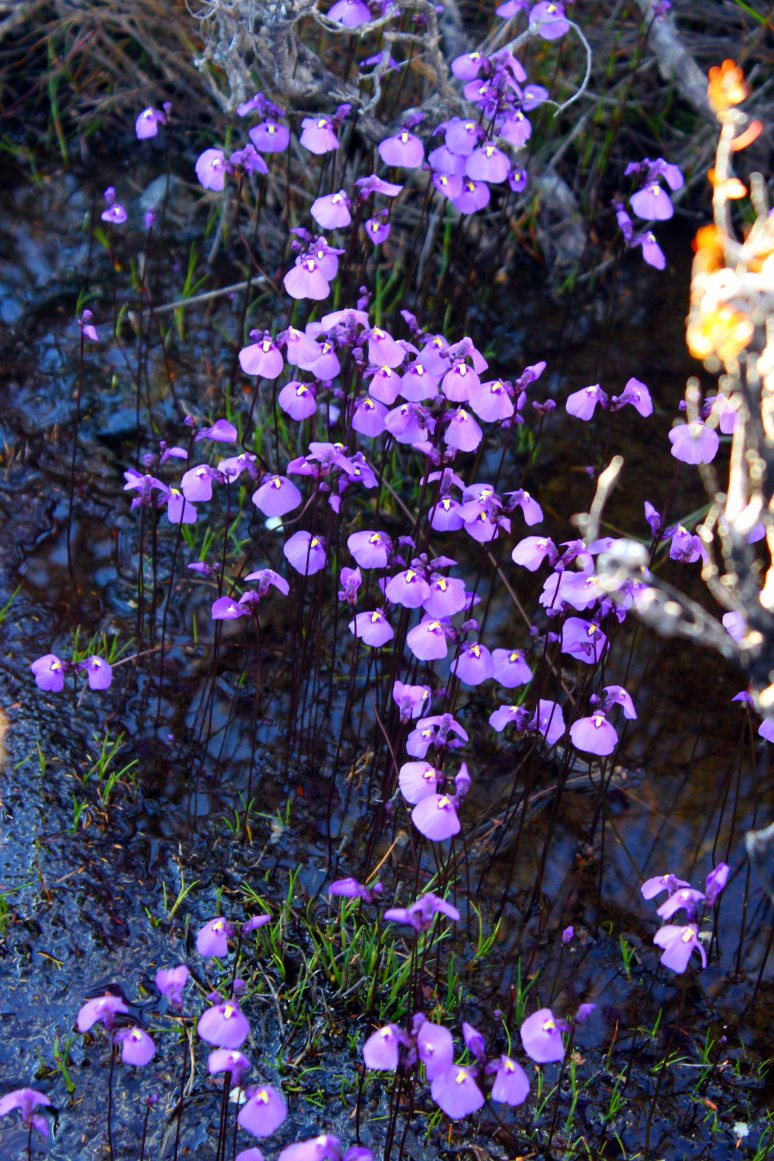 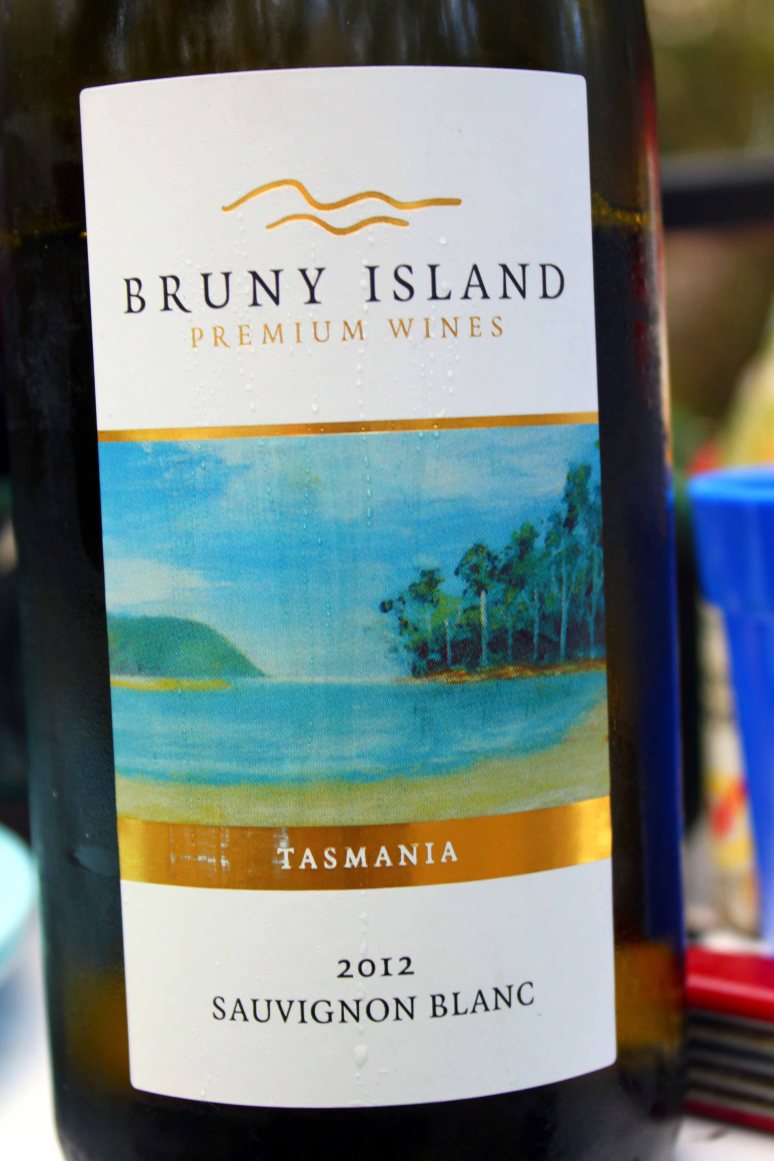