After traversing the Garden Route and encountering the South African equivalent of the Australian Schoolies’ holidays, an annual event where school leavers hell bent on getting drunk, laid, stoned, obnoxious and sometimes aggressive gather on the Gold Coast for a big 2 week long party, we arrived in Chinsa. On the border of the Transkei and at the start of the Wilderness Coastline, Chinsa is quiet and unspoilt with stunning beaches and a wild, sand whipping, wind,
Unfortunately, it was still school holidays (see the previous garden route post). We’d booked into a safari tent at one of the hostels, which just happened to be pitched below the bar that pumped out seriously loud, bad music all night into dawn. The tent also happened to be on a rat run from the bar to the camp site/dorms/car park. One night, about 4.30am in the morning, some revellers fell out of the bar and helped their friend into her car because she was so drunk then waved her off as she drove to hers or some other innocent bystanders potential death. They then proceeded to vomit, scream at each other, fight and have a piss next to our tent. Nice! Now I remember when one of my friends got hammered, decided to drive home and got decidedly shitty with us when we asked for his keys. Did we guide him to the car, tuck him in and wish him a safe journey? Did we hell! Five of us jumped him, wrested him to the ground and took the keys off him. Then I drove him home under the threat of killing him if he didn’t tell me to stop and let him out if he needed to be sick. Of course he threw up in the car. Now that’s what I call friendship.
Luckily we still had the 3 man tent so after two nights of no sleep we set it up at the bottom of the valley and at night moved down there. We could still hear the music but at least it was a faint thumping bass in the distance.
It was on the camp site we met two interesting characters. Chris, who walked around with large headphones clamped to his head with a dreamy smile on his face 24/7 and claimed to have a famous brother who was a DJ.

Mike, who claimed to be a builder who also had a famous brother – a helicopter pilot to the Australian Prime Minister and world leaders. Hmm last time I heard the PM moved around by plane and worked out of Canberra not Perth as he claimed. Too much dope and a vivid imagination I thought.
Chris told us that he lived and worked in Hog’s Back region and had been told by his employer to take a couple of weeks break and ‘get his head together’. Funnily enough Chris’s work place was our next stop Away with the Faries hostel at the Hogs Back. He asked us to say hi to his two best friends George and Chasey who lived there and then wandered off nodding to the beat. 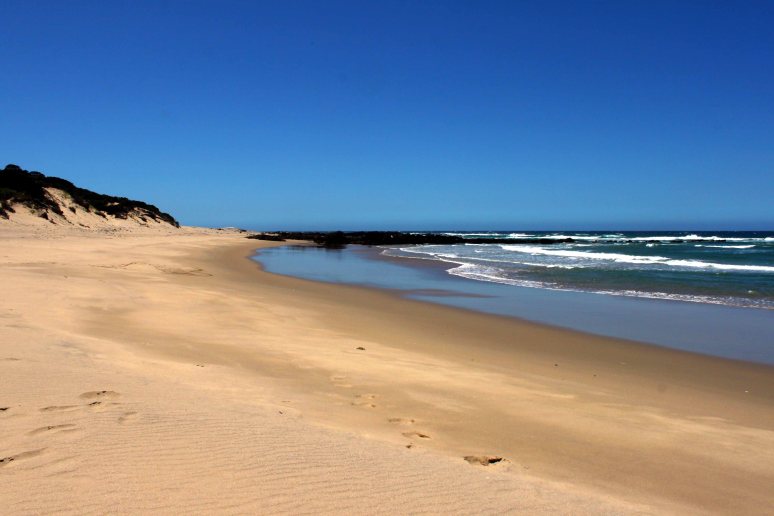 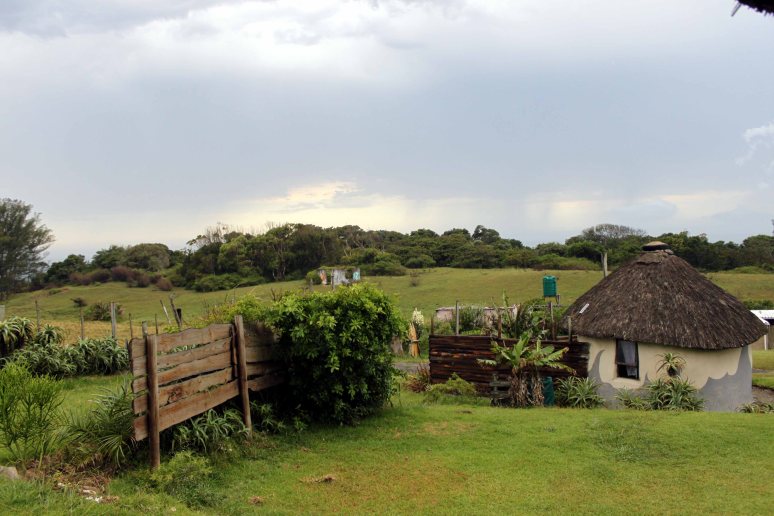 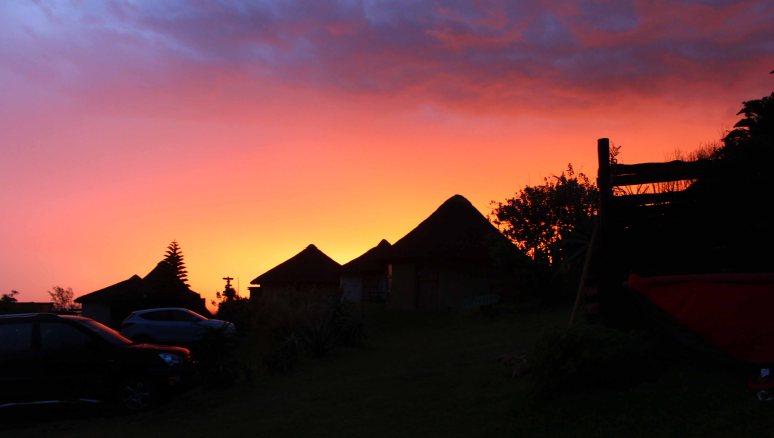 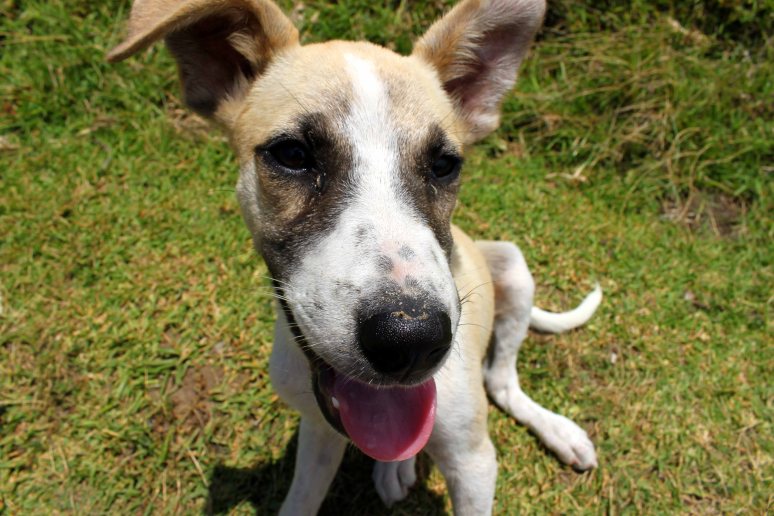 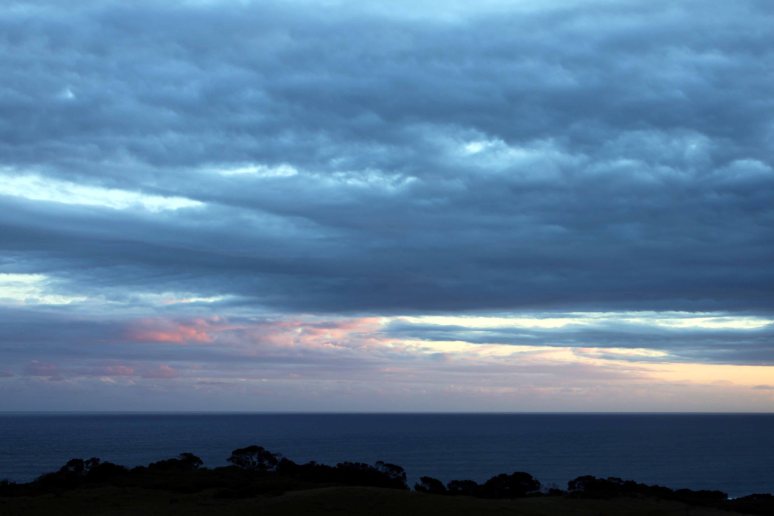 Mdumbi and Coffee Bay. Many backpackers and travellers head towards Coffee Bay or Port St Johns to carry on the party. I heard one young volunteer say of Coffee Bay “I like to get away from the beaten track” which is rubbish. Overrun with tourists, full of rundown backpacker hostels, noisy, no views to speak of, lots of hawkers hassling tourists and a rubbish beach. If you really want to get away from the beaten track forget Coffee Bay and head to Mdumbi River Mouth and stay at Mdumbi backpackers 15kms further South which is perched on a hill with stunning views of the lagoon,beach and coastline. Sleep in traditional roundel huts, eat delicious and reasonably priced meals or cook your own in the fully equipped kitchen, check out the local catch of oysters, prawns and fish, walk along deserted beaches or check out the local village. All the adventures are community owned and the Mankowsi community owns part of the business.

The owners of the hostel assist locals to set up their own businesses and train and employ staff. They have a pre-school for the village children on site and are currently helping build a clinic. Your money will go to a very good cause and you can be part of it.

One thought on “The Wild Coast”