A Hoi An Restaurant Riverside View

Who knows whether it was out of season or  just luck that I found Hoi An to be an oasis compared to the manic madness of Hanoi and other major cities in Vietnam.    Arriving slap bang in the middle of the first Asian Choral Convention was an unfortunate start as all the cheap accommodation was booked out.  Luckily for us we found a man on a bike who knew of a place where delegates were checking out later in the day.  Fortunately we arrived early and put our names down on the waiting list before other backpackers started to pile into the reception area as word got around the touts.  We headed into town for a spot of breakfast and the long wait until our room was ready. 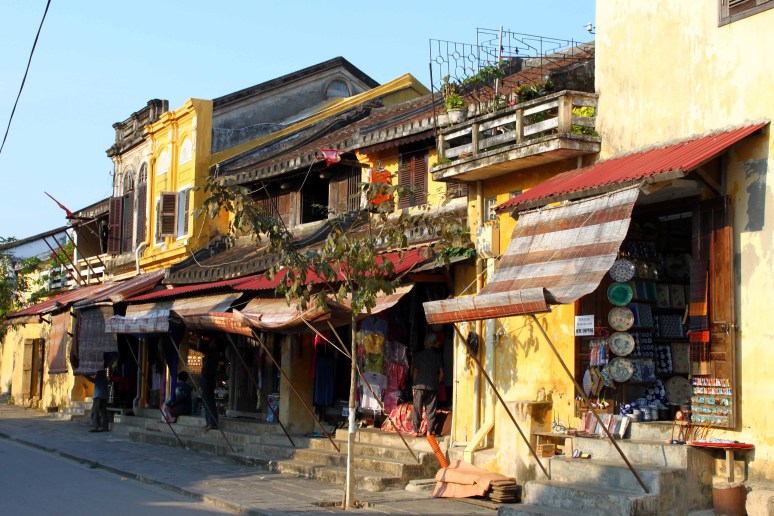 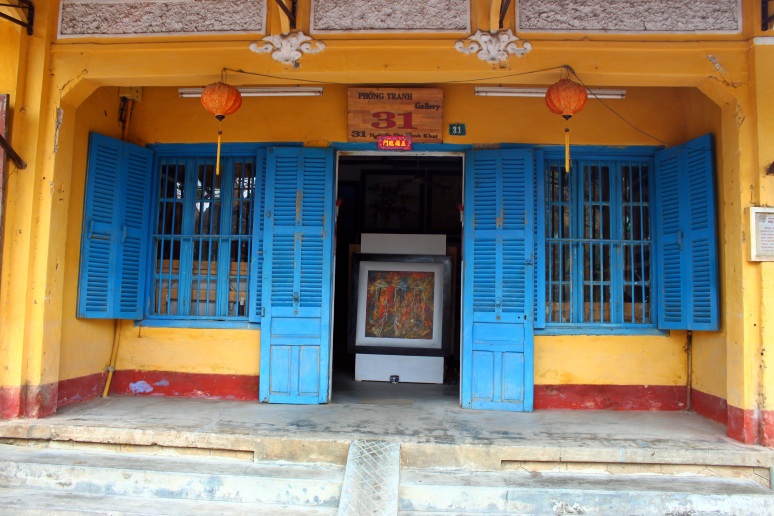 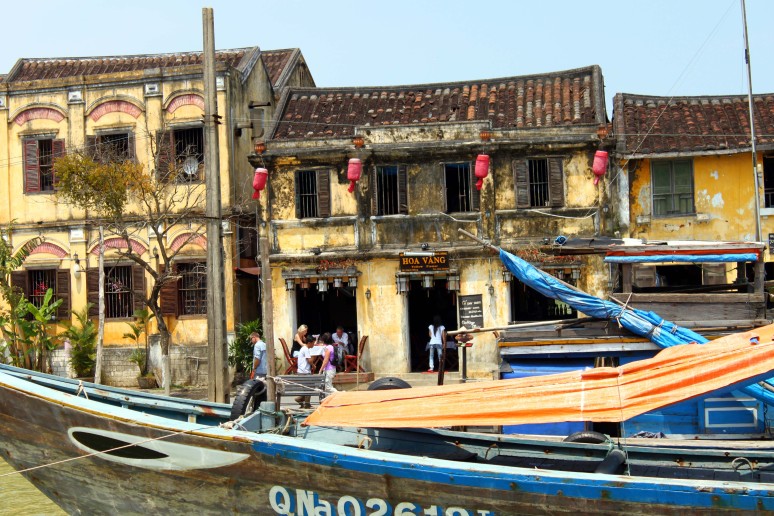 Pictures of Hoi An Old Town

Hoi An old town is a Unesco world heritage site and well deserves its title.  Set on the river Thu Bon, one can wander along the embankment and barter for river rides with the women boat owners. 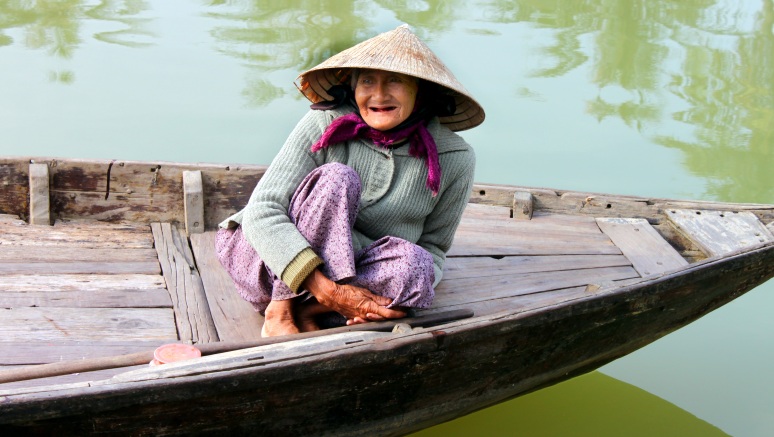 Alternatively saunter down the narrow streets and check out the beautiful buildings, the Japanese covered bridge, the colourful markets, craftsmen at work, and numerou shops  that sell made to measure silk clothes and shoes. 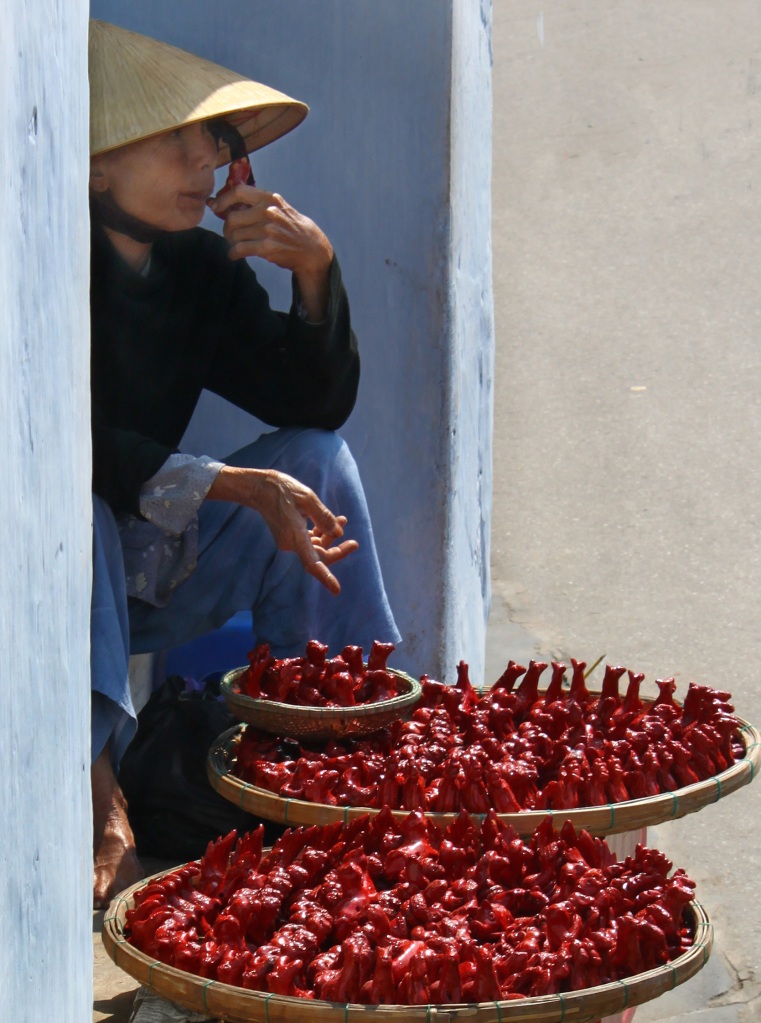 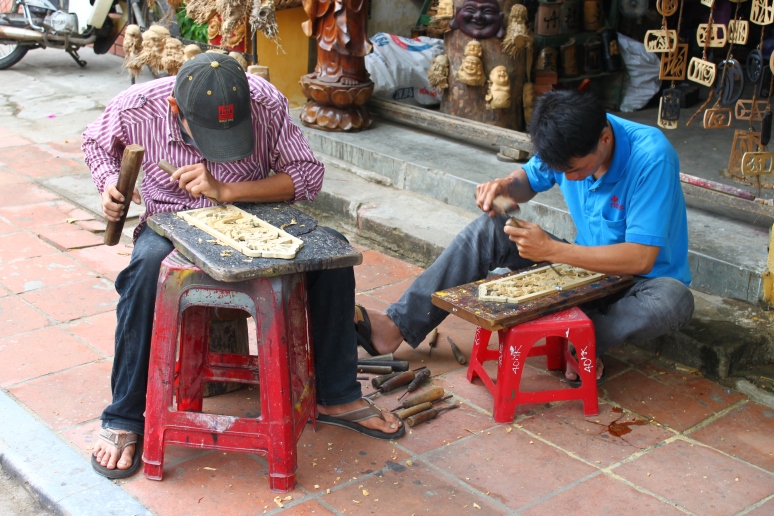 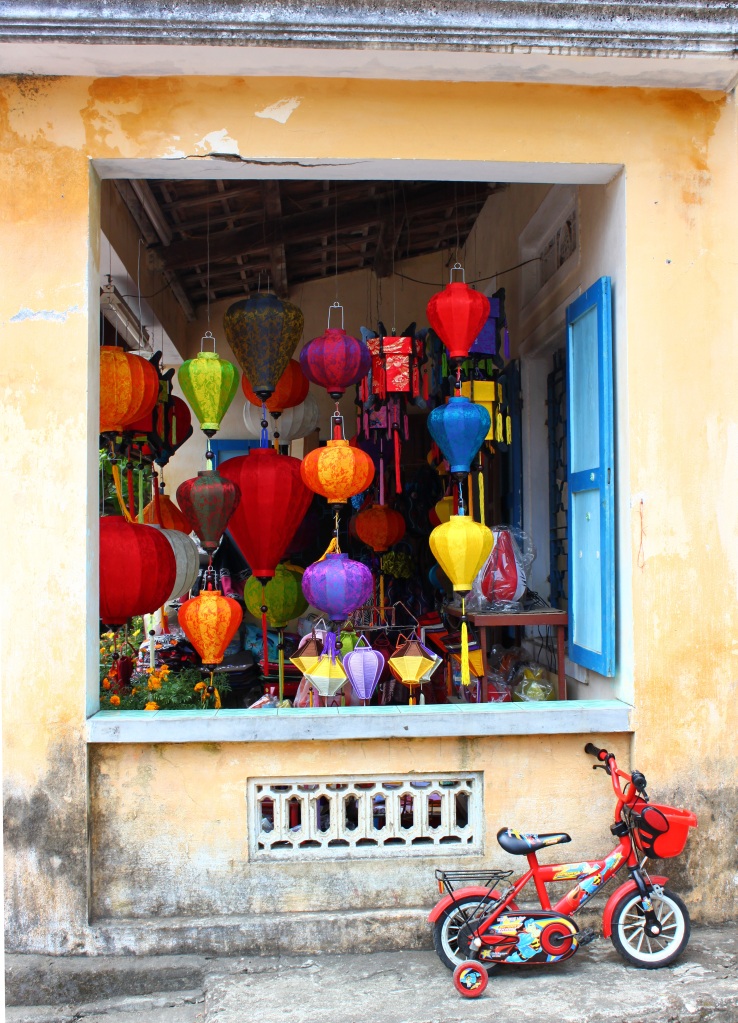 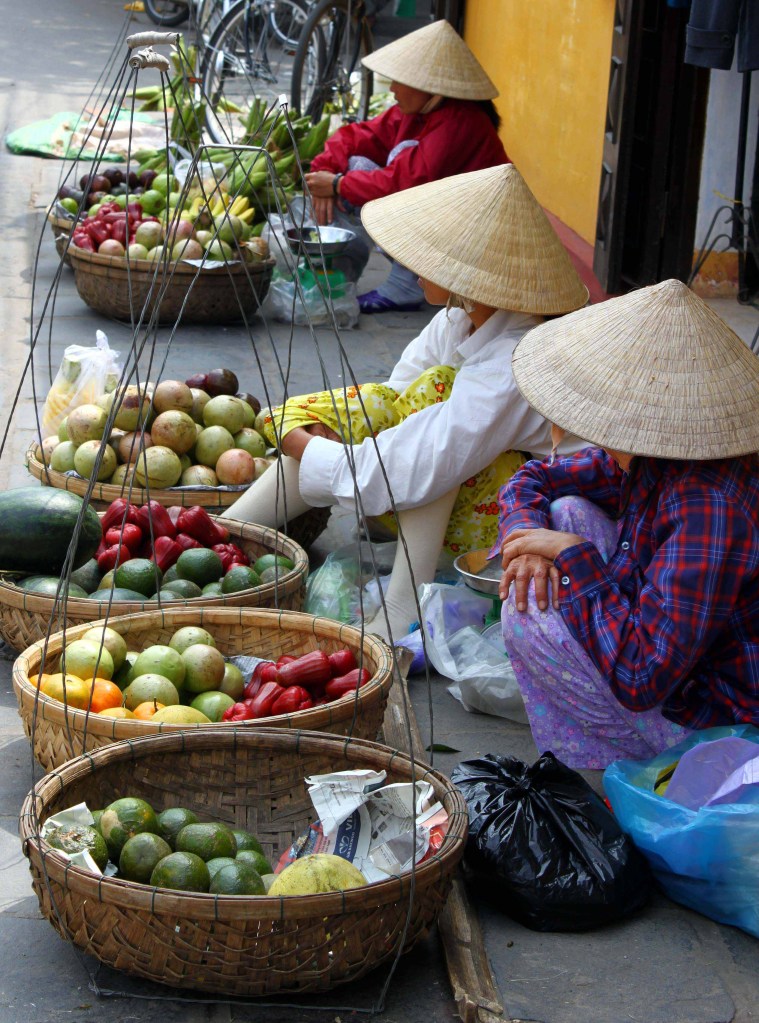 Sample the cuisine – there are dozens of places to eat that offer delicious traditional and European food.  Try the chicken clay pot and then head to the Cargo Club for cake and coffee – delicious! 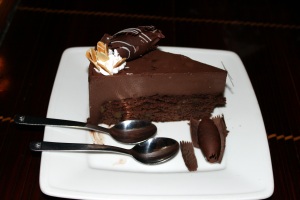 Often the streets  reveal a little more about  local  life 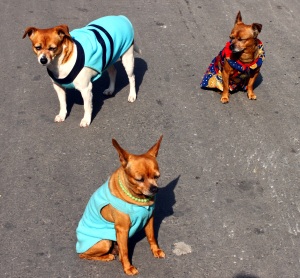 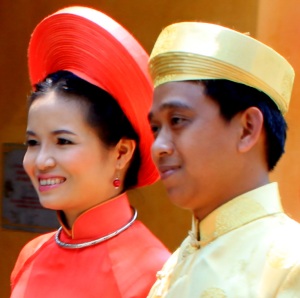 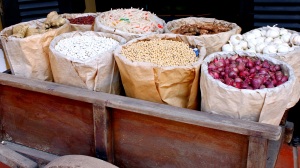 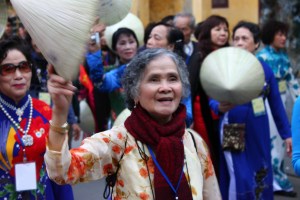 A bike ride away from Hoi An is Cua Dai beach, a stunningly white stretch of sand that runs for miles. 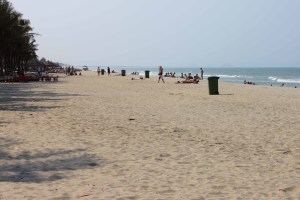 On the way to the beach take time to divert along some of the small pathways that run alongside the rice fields and klongs for a taste of rural life. 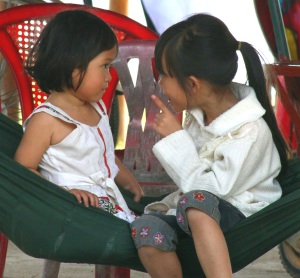 Catch a ferry to one of the nearby islands and bike around the villages, watch craftsmen at their work, wander around picturesque back streets, stumble across doe-eyed cattle or check out the temples marooned in the middle of a sea of green rice. 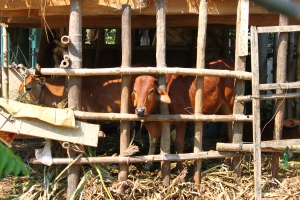 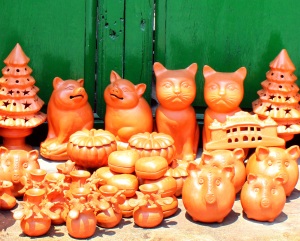 At the end of the day wind get a drink in and settle down to watch the sunset over the river.  As dusk turns to night savour the shadow play of  the light reflections and sillouettes and maybe before turning in for the night send a lighted candle down the river for a loved one. 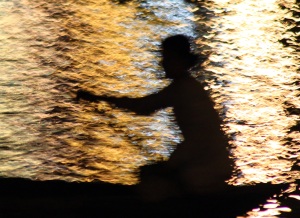 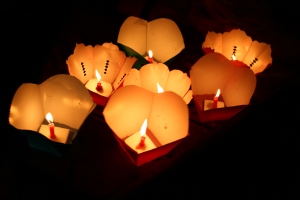