If ever there was a place where one could imagine being on a different planet it has to be the in the surreal high altitude landscapes of Southwest Bolivia and the spectacular blinding white salt plains of Uyuni.    Mud bubbling geysers, volcanoes ( active and extinct) towering over vegetation bereft desert, puffing smoke signals out into the ether or displaying multi-coloured half exploded craters and stunning bright red, yellow and green  chemical laden lakes so  toxic that the only wild life able to roam freely on them are the flamingos.  These are just some of the sights to be seen in this remote area.  As far as destinations go this has to be one of my best experiences whilst travelling around South America.

We arrived in Uyuni from Potasi after a long bus haul and, once settled in, immediately started polling other backpackers about their tourist operator preferences.  Three hours later, having found a room, taken a turn around the small town, checked out companies, eaten in the small mall of restaurants and listened to fellow traveller stories we booked a 3 day tour for the next day.  Once again I will break the journey down into several episodes as there is so much to show and tell.    The journey will cover the Salar de Uyuni , Laguna Colarada, Sol de Mana geyser basin, Termas de Polques, Laguna Verde and the dramatic Volcan Licancabur.

This is not a trip for the faint-hearted or picky eater.  The round trip is long and extremely bumpy, nights are freezing and the days are hot,  accommodation is shared, the bedding dubious and the showers ice-cold.  So go prepared, take food and drink supplies, warm bedding and clothing, tissue wipes, hand sanitizer, toilet paper and plenty of batteries for the camera …… and  book a room for when you get back because boy are you going to need a shower!    But the inconvenience of all these things palls into insignificance when sitting under the cold silent star laden sky at night with a bottle of wine and newly made friends, being steamed cleaned by the geysers at dawn as the sun rises, or having lunch by hued coloured lakes dotted with hundreds of pink bobbed flamingos.   Put it on the list – I guarantee you won’t regret it.

After picking up lunch from one of the houses in the town we headed out over the dusty ground to the locomotive engine graveyard.  Sadly rubbish disposal appears to be a problem for this town as there was dry rubbish (especially plastic bags) everywhere on the way out.   If you have a chance walk out here for the sunset I believe the pictures taken can be spectacular.

All a bit odd really but the shop had beer and chips so we were happy. 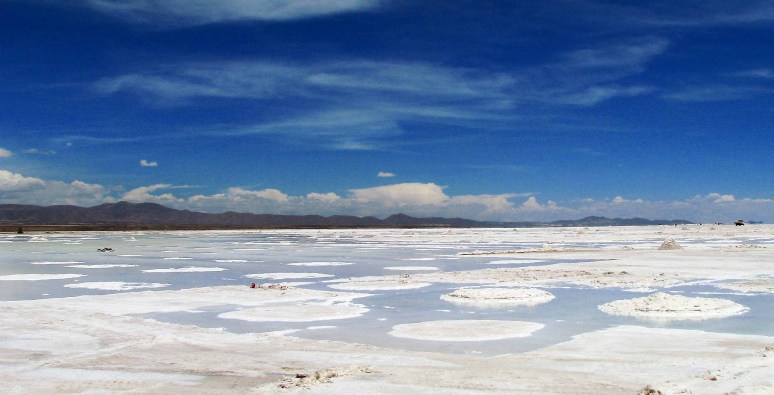 Next we headed out to the salt plains where we were able to walk around, stop off for lunch in one of the houses made of salt and have a bit of a play

When the plains are under water the mirror image is perfect and makes for some stunning photography.

We travelled just before the wet season started.

We travelled in two cars which was a great idea as the drivers worked as wing men for each other.  They also cooked all the food!. 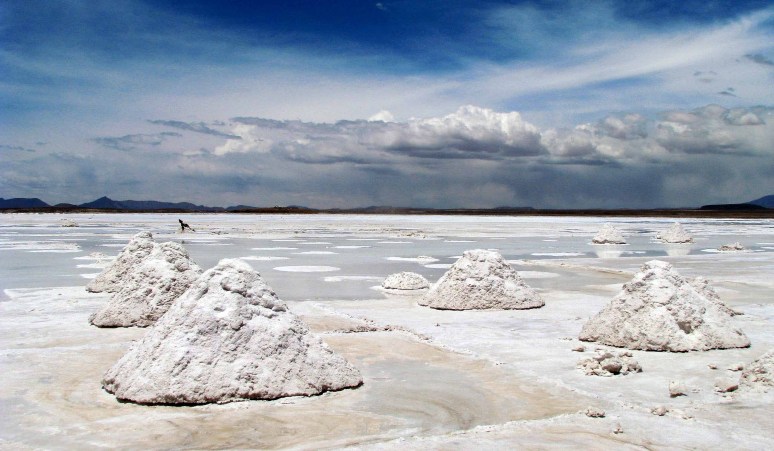 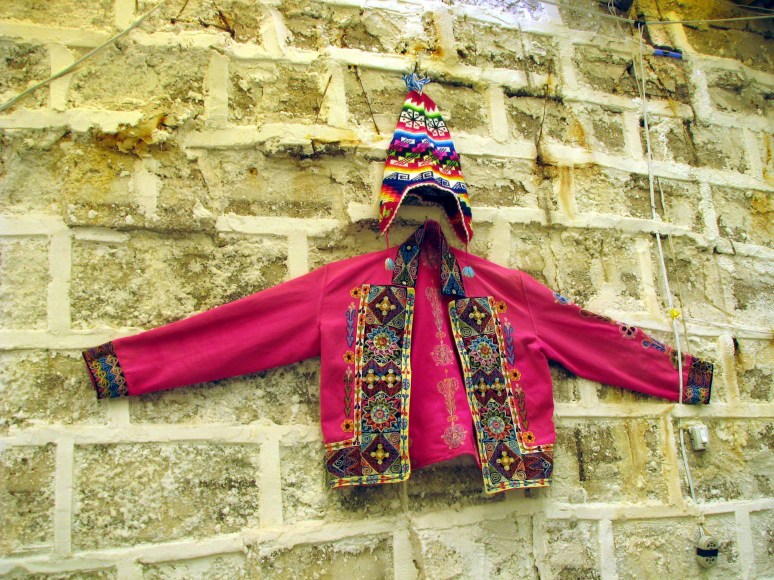 After lunch in an old salt house we headed out to one of the rocky outcrops covered in 14 foot plus cacti which was a steep climb but worth the extra bit of money we had to pay to walk up for the views.

Whilst on the top of this ‘island’ I noticed our group capering around on the ground like mad men, pulling all kinds of poses – apparently the lack or horizon or something like that makes for some interesting images.  I got a chance to try this out myself later when we did our final stop for the day before heading off to our accommodation.

Finally after a bone rattling day we arrived at the village on the edge of the plains and settled into our accommodation which was shared, cold, no showers and the toilet plumbing was having a tanty.  The wine and food helped but the best bit was sitting outside under the star-studded sky, in the silent surrounds breathing the clear fresh air with  a bottle and friends.

Tomorrow the lakes and landscapes of Bolivia await you.