The Beauty of the World Heritage City of Potasi – Bolivia

A very cold room with a view

Do not be taken in by the sterile bus terminal in the middle of nowhere when arriving at Potasi and do not catch the next bus out of town without taking a taxi into the city centre and staying a while.  Because you will miss out!  The highest city in the world shelters in the lap of the multicoloured, silver seamed  mountain of Cerro Rico.  After the discovery of the precious metal  in 1545 Potasi boomed and by the end of the 18 century was the wealthiest and largest city in Latin America.  The city is packed with character.  Multitudes of ornately designed churches, streets lined with old colonial houses, plazas full of local life, restaurants and hostels nestle in vibrantly coloured streets, quiet backwaters and local markets that give a window’s view into the life of the indigenous population.  No wonder it is an UNESCO world heritage site.  unfortunately, the less appealing side (apart from that lack of air at 4070m which leaves one breathless and dizzy if anything is attempted at more than tortoise pace), is that Potasi wealth was built on slave labour.  appalling working conditions and a blatant disregard for their ‘workforce’s safety caused millions to die. Today thousands still work in the mines and still work in extremely dangerous conditions.

I chose not to do a mine tour due to the fact that previous visits to a slate mine in Wales and a coal mine in the Midlands (England) proved that small confined spaces and I do not mix well (another phobia to add to the list).  Instead I spent my time wandering the streets, frequenting coffee shops and generally soaking up the atmosphere.  As usual when I find somewhere I like, I stayed longer than anticipated, although the night in hospital attached to a drip (unanticipated) did not motivate me to move on too quickly! 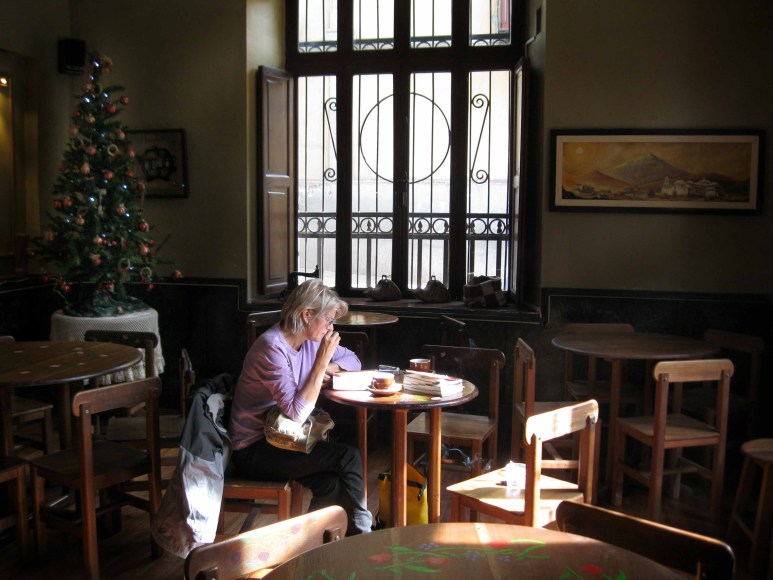 Quiet respite away from the noisy traffic.

Courtyard of the hostel I stayed in 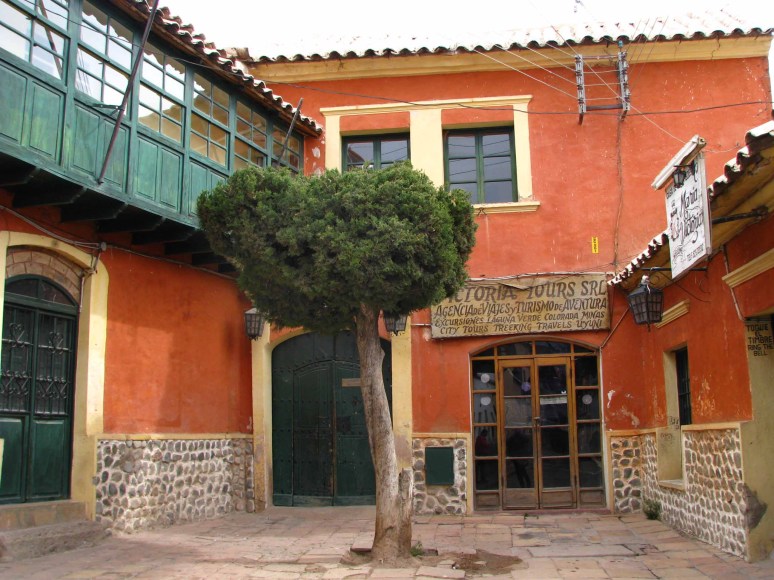 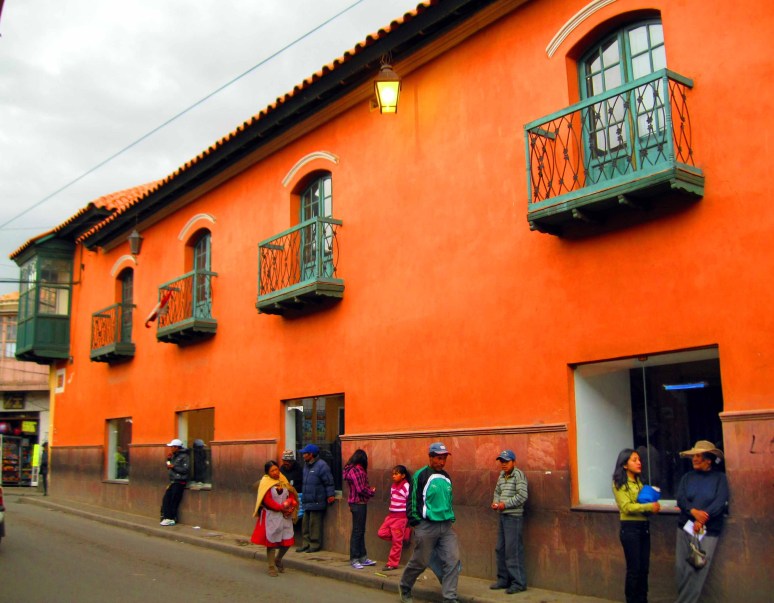 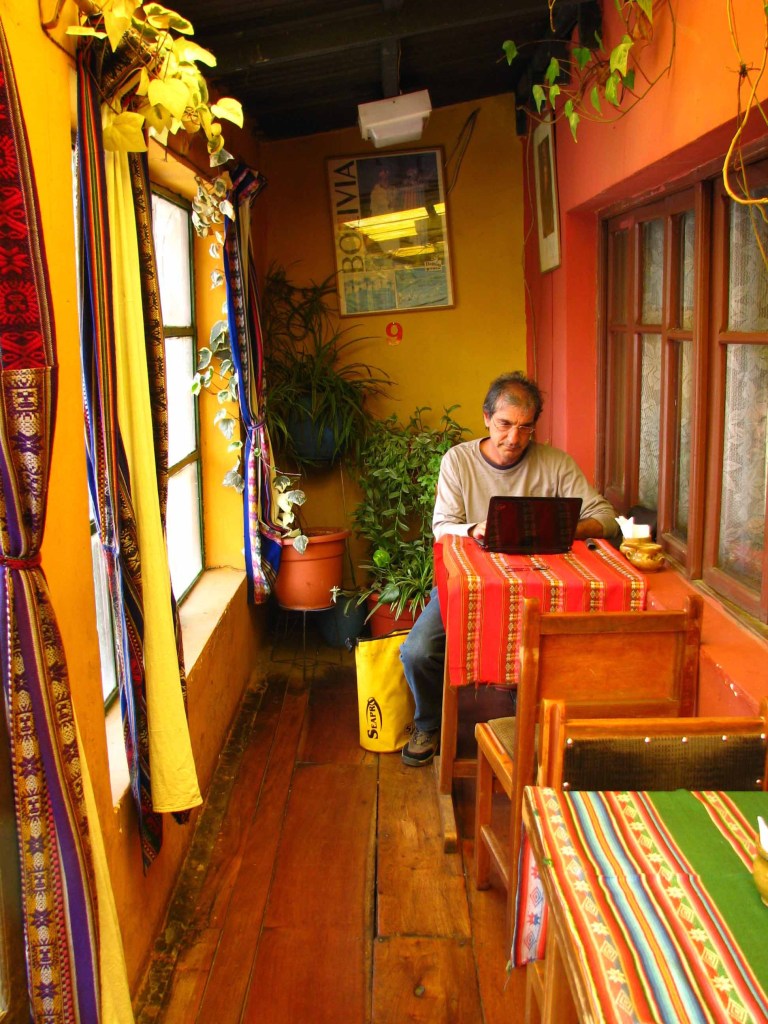 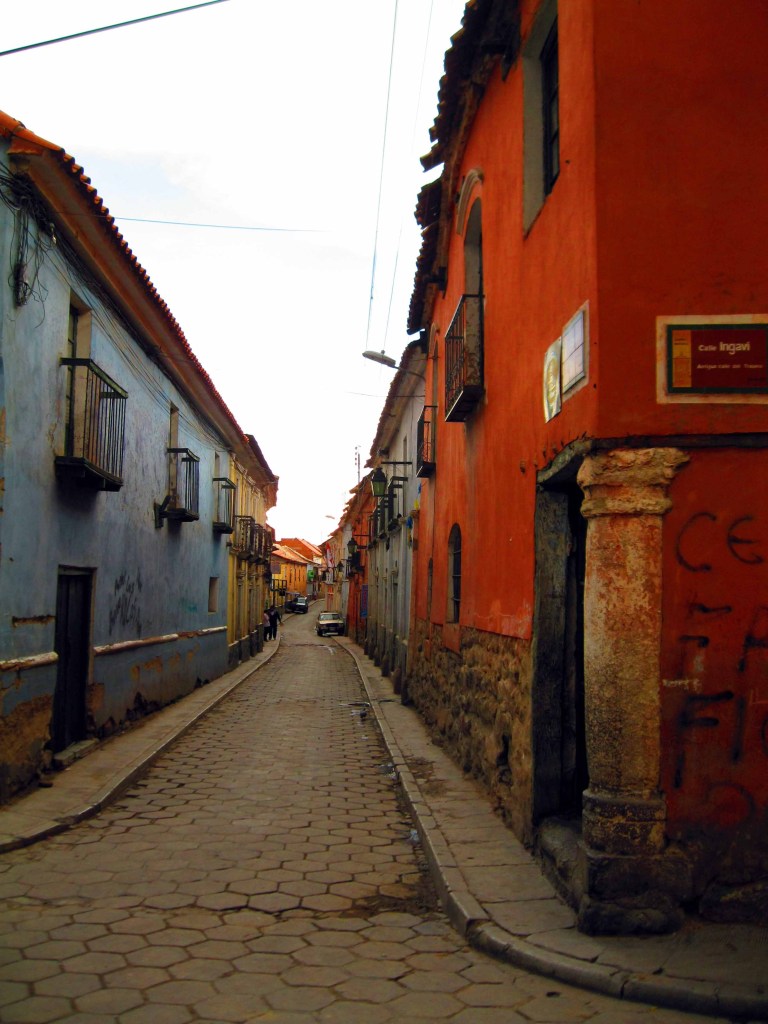 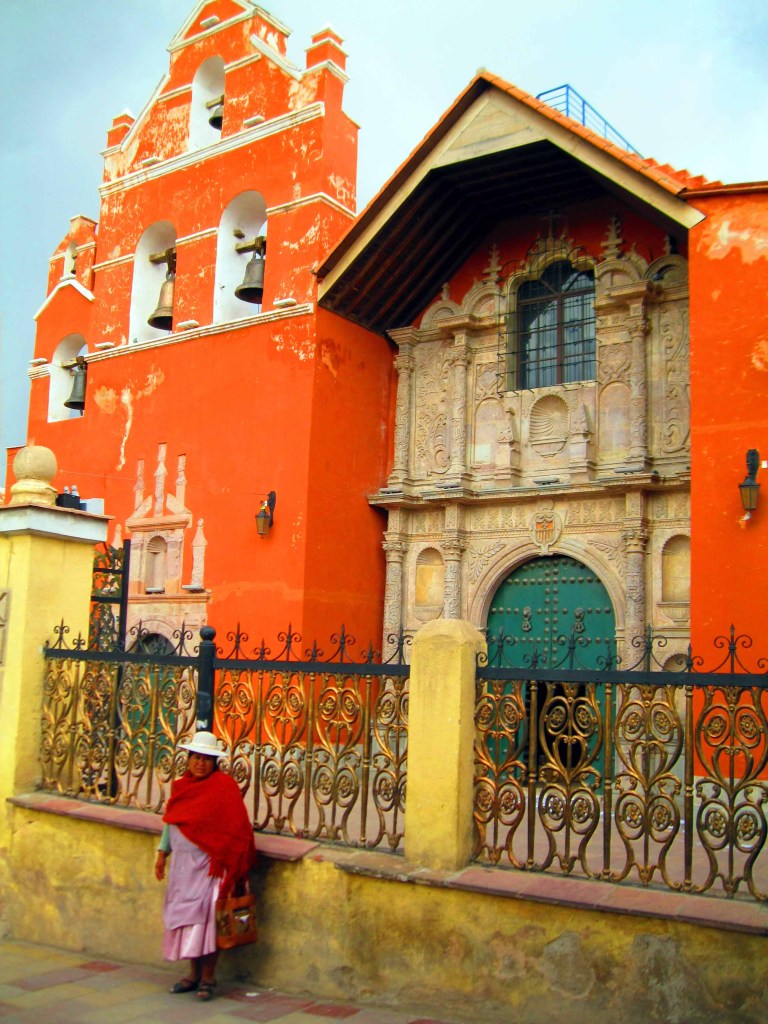 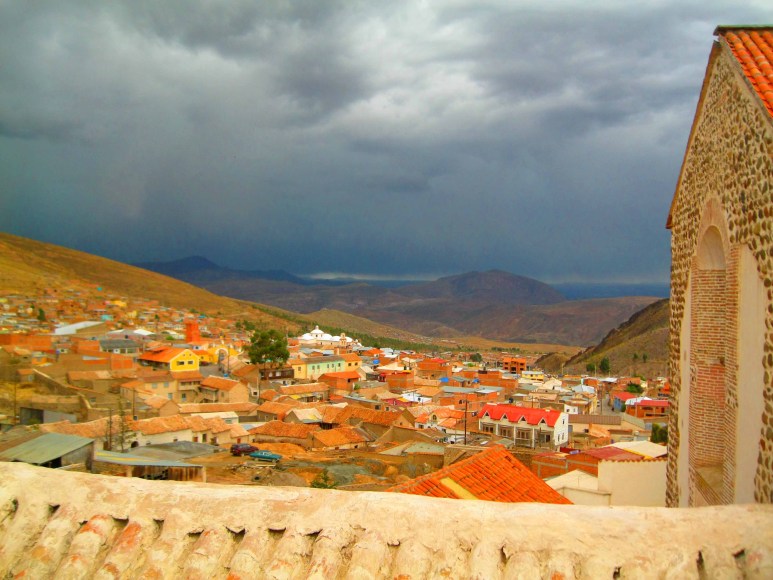