Yumani – The village where the women do the donkey work and the donkeys take a rest. – Isle Del Sol, Bolivia

If there was ever a place to demonstrate how hard life can be away from the luxuries of modern civilization – take a trip across the water from Copacabana to the Isle del Sol.  After trekking across the island in the heat and wind, stay a couple of nights at Yumani which spreads upwards from the harbour to the ridge via a steeply winding footpath.   Water is scarce, the land is semi-arid, the ridge is windswept, the nights are freezing and the days are hot.  So what is the point of visiting? Well apart from spectacular views, a chance to experience village life unchanged for centuries, and a place to get away from it all (apart from high season) there are the sunsets!   And as many of you may know, my passion for dusk and all that it brings with it runs deep and here my cup runneth over.

We spent part of the day drinking coffee and watching the villagers start to build a new house,  It was my first experience of a village co-operative in action.  The head man directed, pointed, generally avoided the heavy work and looked important (much as head men do).  The men worked together to dig, stop and have a smoke, take a break and chat, eat, sit in the shade.  The women toiled up and down the steep mountain hill collecting soil from the slopes below and hauling it back up on their backs in bundles of cloth. Back breaking work.  This went on for some time until the women reappeared with the mens’ lunch instead of soil then convened to the shade and started to knit     The donkeys, obviously too good for such work,  munched on brambles, simmering slowly in the sun under thick fur and watched the proceedings with interest.       Would I live there?  If the price of hardship was a spectacular sunset every night – I could be tempted! 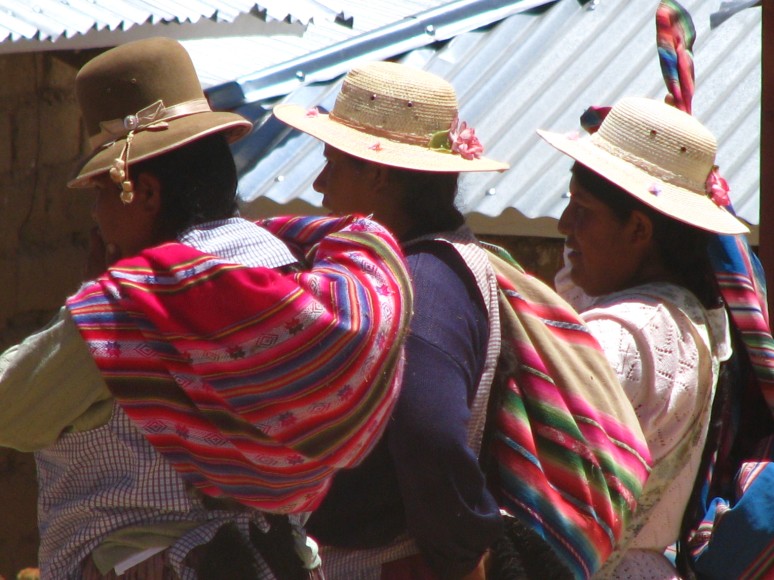 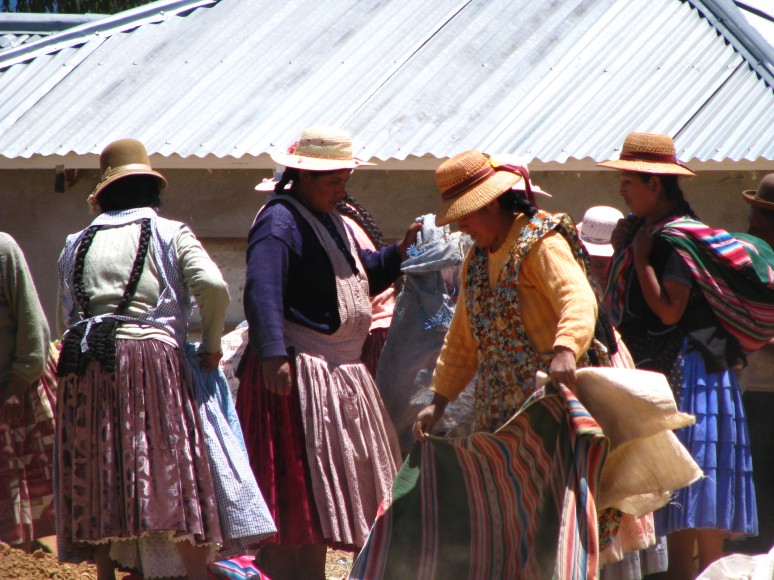 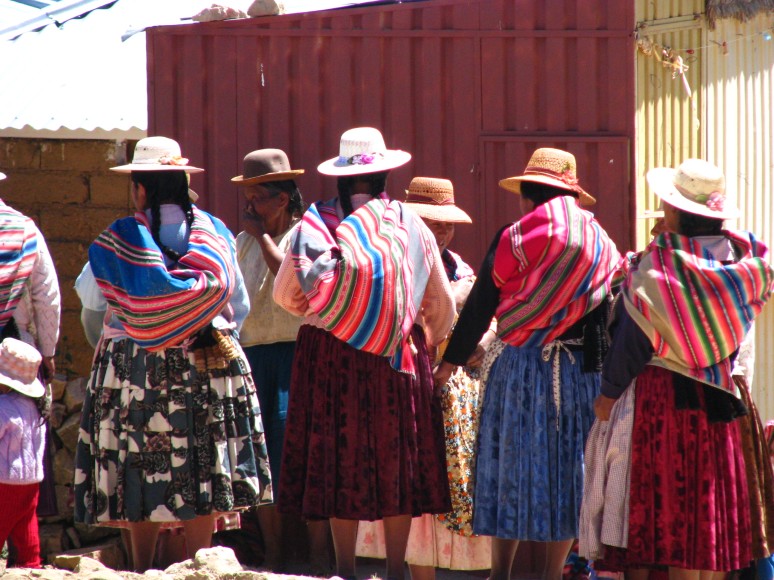 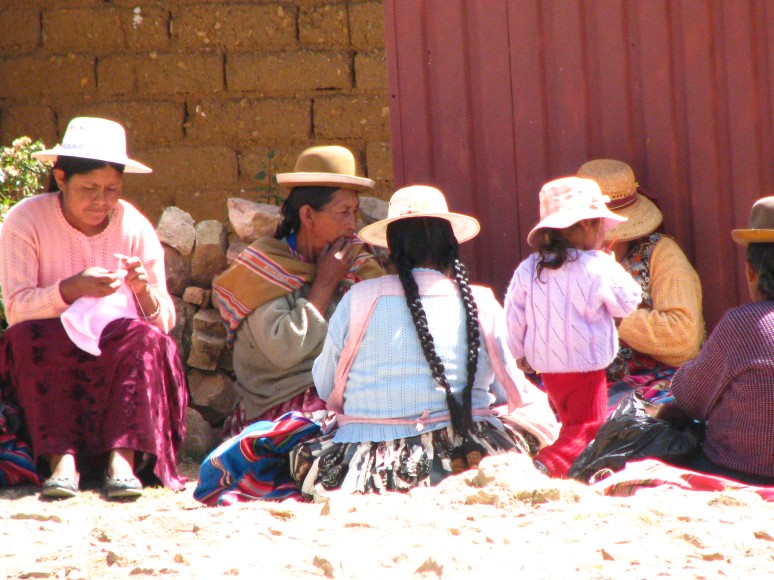 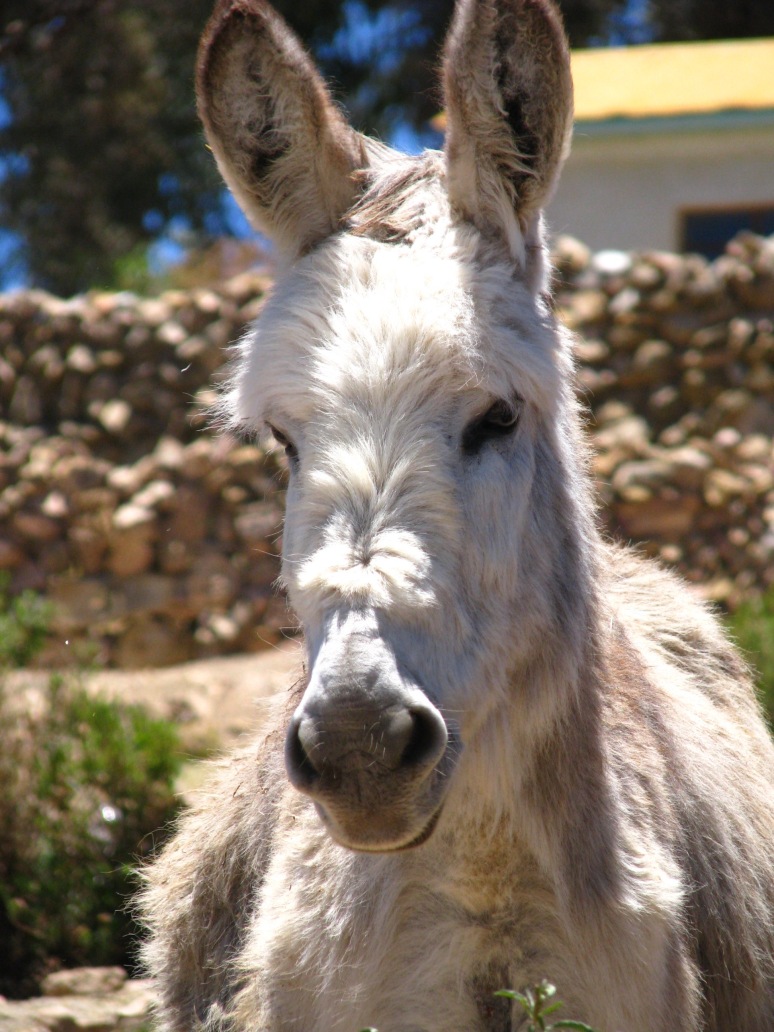 Even the pigs seem to have a better life – until you realise that they are being fattened up!

And so to the end of the day. 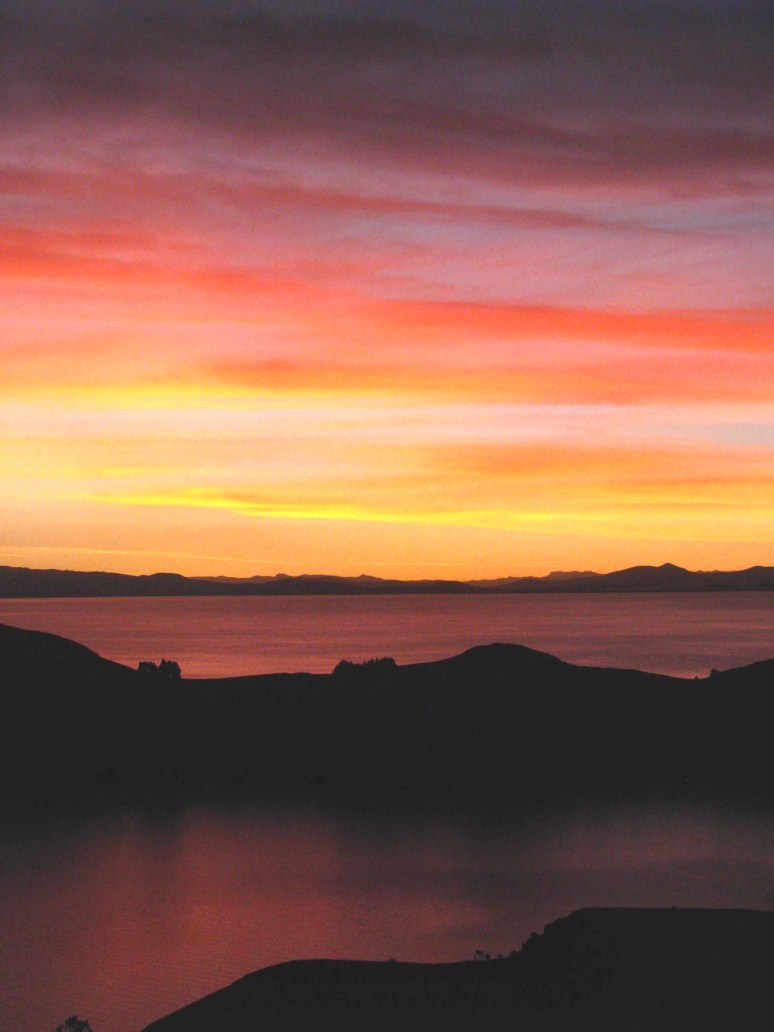 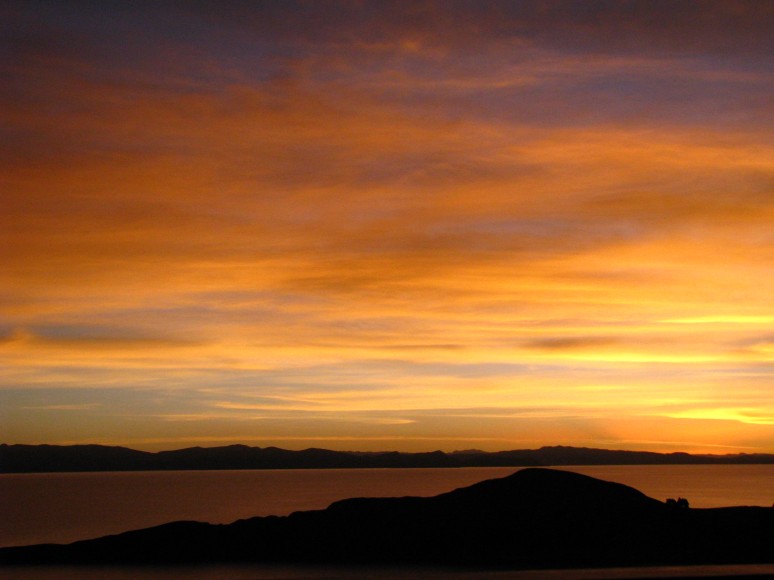 One thought on “Yumani – The village where the women do the donkey work and the donkeys take a rest. – Isle Del Sol, Bolivia”