Where’s all the Snow? Caraz – Peru

About 67km from Huaraz is the colonial village of Caraz – It’s a bit of a bus journey – especially when there are 50 locals plus baggage and 2 backpackers complete with luggage jammed into a small mini van. However, I kept my cool (which was a challenge in the stuffy bus) and filled my head full of visions of the village we were  travelling to.  The tourist books and pictures depicted a charming village surrounded by snow-covered mountains.  What the books failed to inform us was that in summer the snow all but disappears and, as we discovered, loses a great deal of its charm.  However, undaunted we headed off up hill loaded up to the nines.  The temperature must have been in the 30s and our first port of call was a hostel where the road was being completely relaid.  It was noisy and we couldn’t find anyone to show us a room so we moved onward and upward. Now generally the maps they give you in travel books are pretty good but they failed us miserably this time.  After an hour of searching, asking, stopping for  a drink, pausing for several breathers to recover from lugging a heavy load,  we finally found our next choice of hostel – which it turns out was not far from where we started in the first place!

The room was great with a fab view but unfortunately the windows did not lock.  When we pointed this out to the owner and asked for another room he assured us that he was in the building all the time and no-one would try to break in.   This turned out to be a fallacy as when we came back after dinner he was no where in sight and we had to helped ourselves to our room key.   Not a good sign but we couldn’t be bothered to move again so we just carried out valuables around all the time.

Caraz has very little to do in high season but  in low season it almost closes down completely.  Good food is hard to find but the chicken and chip fast food joint was superb.  Guess where we ended up each night!!

After the initial disappointment ,  I was really looking forward to a winter wonderland, we discovered that the village was really pretty.  The surrounding area was spectacular as were the glacier lakes and mountains.

I’m just going to post some pictures now as I think they say more about this place than I can. 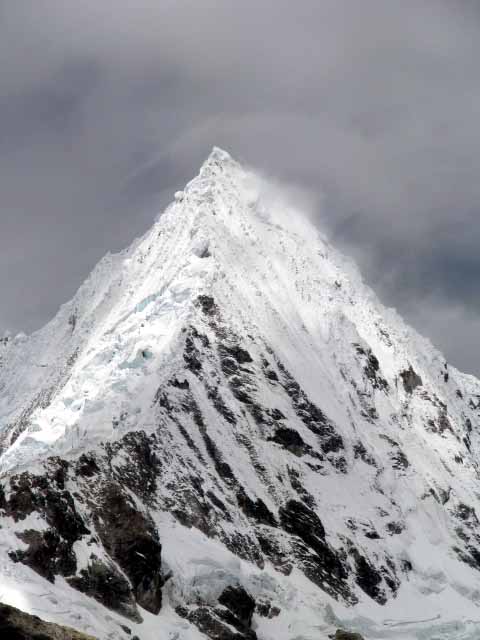 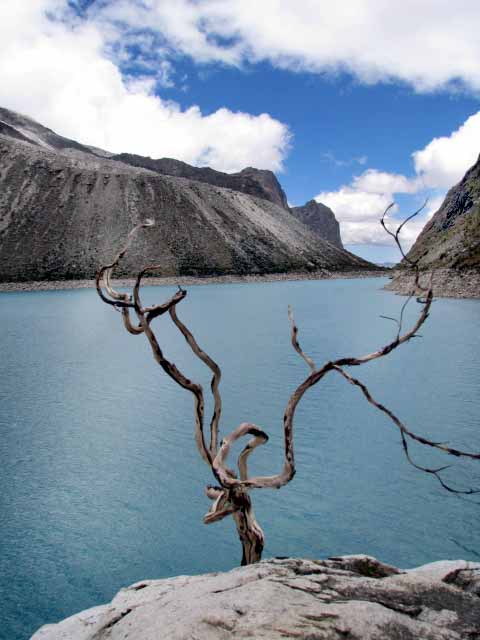 I finally found the white stuff!